The Thematic Exhibition Center of the loggerhead sea turtle Caretta-Caretta is located in Dafni which is in the municipal department of Vasilikos.
The landscaped area of the thematic centre, the exhibition and information material, the use of multimedia and memorabilia given, give visitors occasion for information and awareness on loggerhead sea turtles and its nesting beaches of Zakynthos.
Its role is not restricted to the study and promotion of Caretta caretta, but extends to the acquaintance with other priority species and endemic species of flora and fauna, found in Zakynthos, linked to the tradition and history of the island.
The construction of the Thematic Exhibition Center has been funded by the European Regional Development Fund and from national resources.

The National Marine Park in Zakynthos (Zante) is the first of its kind established in Greece and is the only European country which hosts one of the most important Sea turtle Caretta Caretta nesting beaches in the Mediterranean. Zakynthos also includes various types of ecosystems of National & European interest, such as Sand dunes (Posidonia oceanica), Sea daffodil (Pancratium maritimum), submerged reefs, as well as coast wise ecosystems in which hundreds species of flora and fauna are living. In the western coasts has a great number of Seal Monachus Monachus.

The Zakynthos Marine Park (Size: 13,5 km²) is divided up into three zones. Zone A prohibits any entry or human activity, while zones B and C permit limited access. The entire park comprises an area stretching over 50 miles from Zakynthos itself, including a pair of remote islets.

While the protections are clearly established, the quick development of the local tourism industry, (illegal building and boating activities which ignore the guidelines), is a potential threat to the marine park. The annual migration of the Sea Turtle to their nesting grounds has become increasingly risky, but despite these problems, it is estimated that about 60,000 sea turtle babies were successfully hatched on Zakynthos beaches in 2009.

The nesting habitat in the bay comprises six discrete beaches: Gerakas, Daphni, Sekania, Kalamaki, E. Laganas and Marathonissi islet, totalling about 5 km in length, of which Sekania is rated amongst the world’s highest loggerhead nesting concentrations. Apart from the nesting areas the park encompasses the wetland of Keri Lake and the two small islands of Strofadia, which are located 31 miles south from the island of Zakynthos.

The marine park hosts annually 900 to 2,000 nests, which represents an average of 80% of the nest total of Mediterranean Loggerhead population.The Loggerhead spends most   of its life at sea, but females lay their eggs on “Laganas bay” at night from May to August.

The National Marine Park of Zakynthos (N.M.P.Z.) was founded in December 1999. In its bounds belong the most important beaches of breeding of the Sea turtles Caretta Caretta. The main scopes of the N.M.P.Z. are the protection and conservation of : 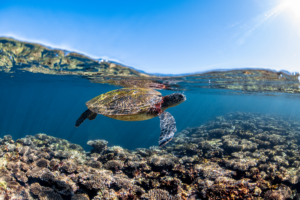 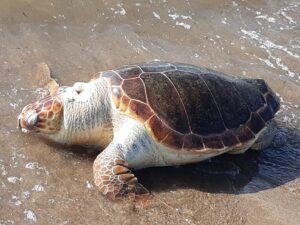 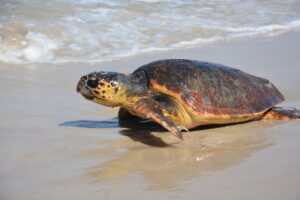 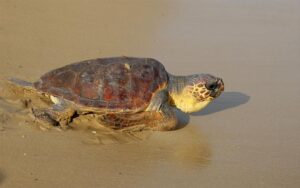 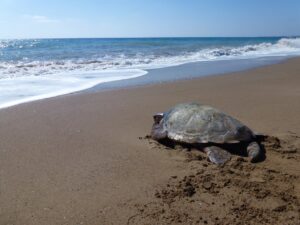 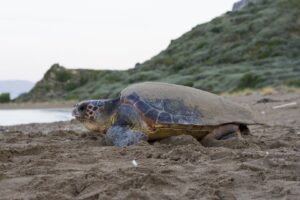 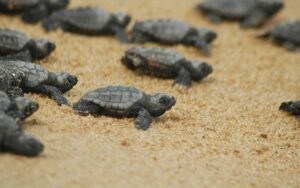 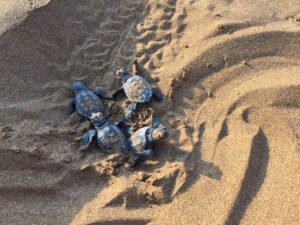 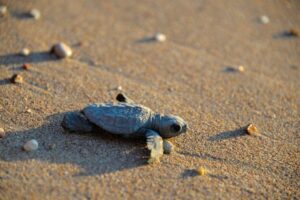 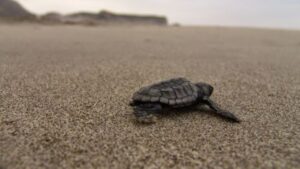 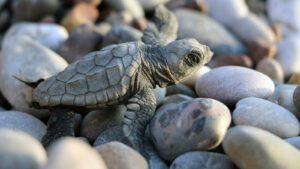 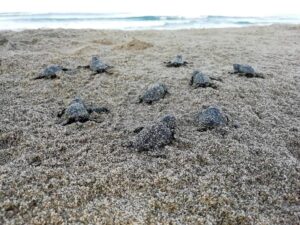 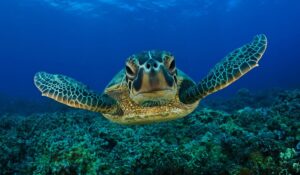 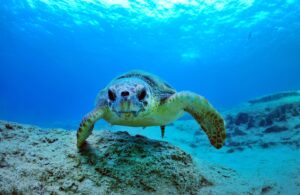 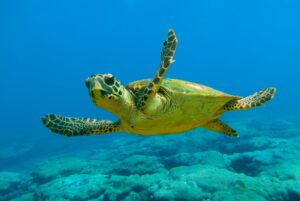 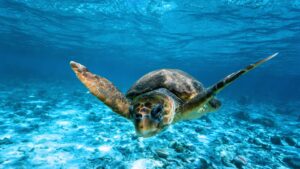 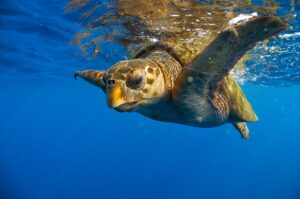 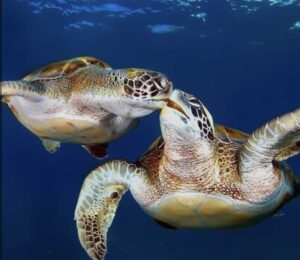 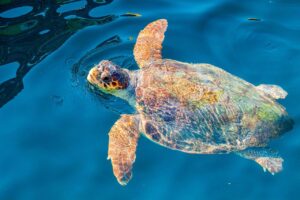 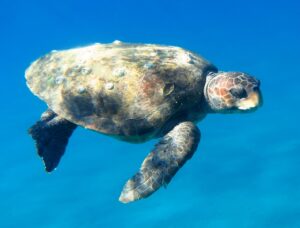 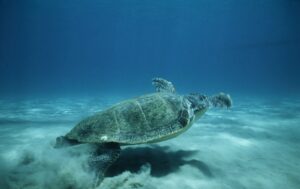 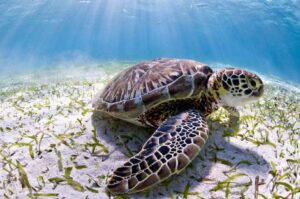