From Lagana to Keri 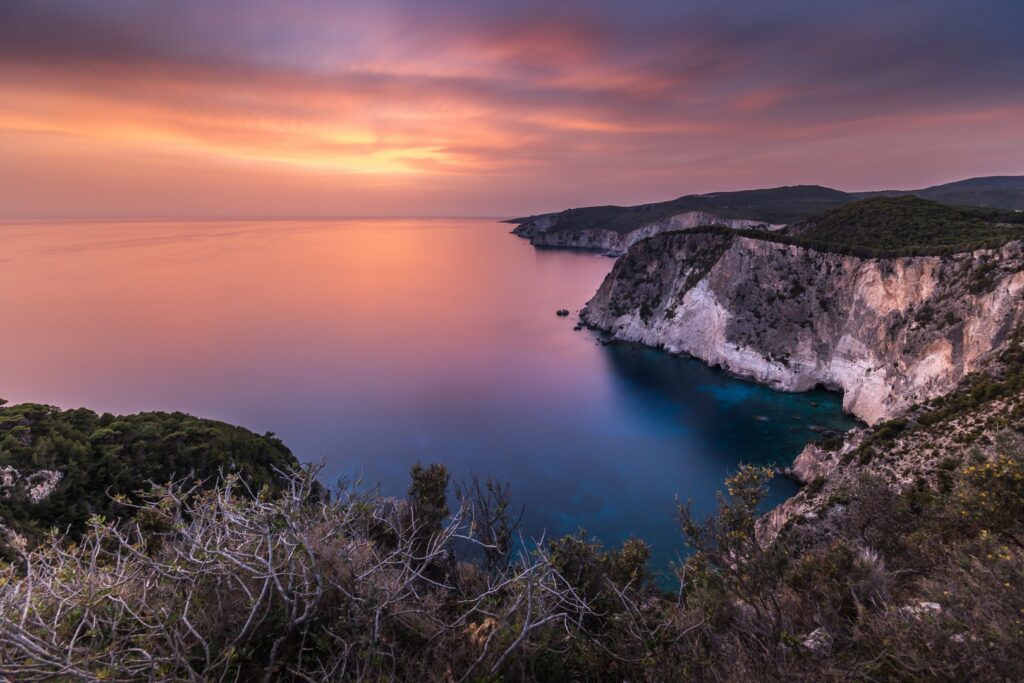 The beach of Lagana is the longest beach on the island, with shallow, warm, calm waters and golden sand, while it is also a habitat for the loggerhead sea turtle (Caretta caretta) and protected by the National Marine Park. Children can play safely in the calm waters and enjoy games on the beach.From here, you can board on a glassbottom boat to see the sea turtles in their natural habitat. If you like underwater explorations, you can experience the magic of the sea bottom by visiting one of the diving centres. At the end of this lovely beach, near Lithakia, lies a column dedicated to the father of anatomy Andreas Vesalius. The picturesque island of Agios Sostis was originally connected to land, but was later separated after the earthquakes of the 17th century. One of the nicest sights of Lagana is the Sarakina, the ruins of a stately mansion, a typical example of the architecture of Zakynthos.

Lithakia with its beautiful beaches is one of the most picturesque villages of Zakynthos, still hosting many significant buildings of the ecclesiastic art of the island, such as the Churches of Agios Ioannis Theologos and of Panagia Faneromeni.

Indulgence & rest
A few kilometres from the cosmopolitan buzz of Lagana, Keri offers a calm and peaceful alternative, a perfect image of a heavenly option. There are many things to choose from fine sand, pebbles, rocks, touring, snorkelling, caves and fresh fish. The lake of Keri is known since antiquity as “Nafthi” or “Piges tis Pissas”, and it was visited by Herodotus.

Going uphill in the afternoon
Wander in the picturesque Keri, another beautiful, traditional village of Zakynthos and visit the beautiful church of Panagia Keriotissa. Near Keri lies Agalas, a village that has preserved its natural environment with traditional houses, pathways and lush nature. Visit the church of Our Lady of Angels, admire the Cave of Damianos and the Twelve Wells of Antronios. In the afternoon, take a walk uphill to the Lighthouse of Keri situated on the cliff. From the top, one can see Mizithres and a magnificent sunset!

Summer life
The best beach bars are on the sandy beaches of the island. Professional Djs, endless dancing, non-stop fun, villages by the shore with countless clubs, provide numerous nightlife options. Lounge bars for quiet nights, located on the rocks or in the picturesque areas of the city. The party here starts always starts early and does not end until the morning after!