From the Castle to the Shore 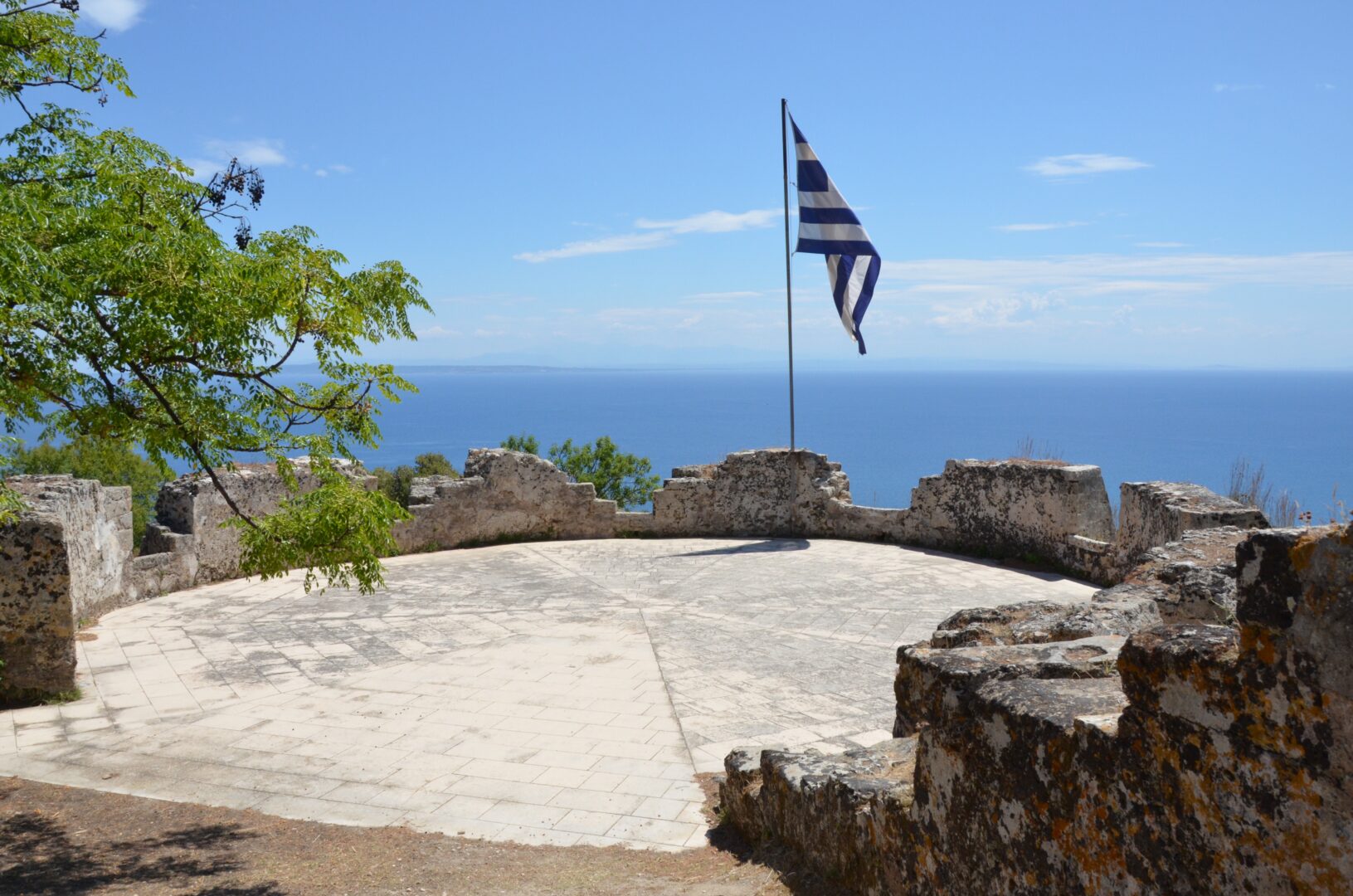 The first tour in the city starts from high up in the Hill of the Castle (Castrolofos) and the Fortress, which towers over it, as its silent witness and guardian. Walk to the Venetian Castle, a true monument of the history of the land, with a magnificent view in every direction. Just below the Castle, lies the Hill of Strani. Here, under the trees, amid the fragrances of the countryside and listening to the sound of the cannons of Mesolongi, Dionysios Solomos wrote the «Hymn to Liberty» [the national anthem of Greece], in May 1823. On the way from Bochali to the city lies the Chapel of Agios Georgios of Filikon, where Theodoros Kolokotronis took an oath as member of the Filiki Eteria. Next to it, lies the Jewish Cemetery.

Wander off to Alexadrou Roma Street, the main financial and social street of the city, which forms the main axis of its urban planning, decorated by the «volta» or “arches”, which protect pedestrians from the sun and rain. Here, you will find a multitude of unique stores selling all sorts of things: clothes, antiques, embroideries, ceramics, liquor, beverages, Zakynthos colognes, jewellery, books, mantolata (nougats) and anything else you can think of.

One of the most significant sights of the city is Agios Markos square, a historical and cultural centre of the island, as it is where the Zakyntians burned the record of the nobles, the famous Libro d’ Oro. Visit the Museum of Solomos and Eminent People of Zakynthos, where Dionysios Solomos and Andreas Kalvos rest, as well as the Agios Markos Catholic Church. Behind the Cathedral, take a moment to admire the Church of Our Lady of Angels.

A pedestrian walkway links Agios Markos square to Solomos square, dominated by the statue of our Poet Laureate. The square is adorned by the Museum of Zakynthos, where great works of Ionian art, rare icons and woodworks are on display, the Cultural Centre, located where the theatre used to be before the earthquake and accommodating the Public Library, the Historical Records and the Museum of National Resistance, while next to it lies the picturesque church of Agios Nikolas of the Quay.

If you want to relax and feel rejuvenated, take a swim in the nearby beach of Kalamaki. If you are lucky, you can enjoy a swim along with the loggerhead sea turtles Caretta caretta, since the beach is their nesting place. You can also board a glass-bottom boat, to admire the seabed of the island and the sea turtles in their natural habitat. Then you can unwind, enjoying your meal, in one of the local tavernas, while, if you love water sports, you can have fun with beach volley, a game of rackets or pedaloes and canoes.

Afternoon in Bochali
Go uphill to Bochali. Relax and admire the magnificent city view under the night lights, and try the “frigania”, a delicious and light local dessert served everywhere in Bochali.

Quartet dinner
End the day with some local music and enjoy serenades and arekies in one of the city tavernas, trying delicious local dishes, such as «garlic mush» and “zakynthos stew”.

Drinks by the sea
Start the night with drinks in one of the various cafés and bars, located along the coastal street of the city.