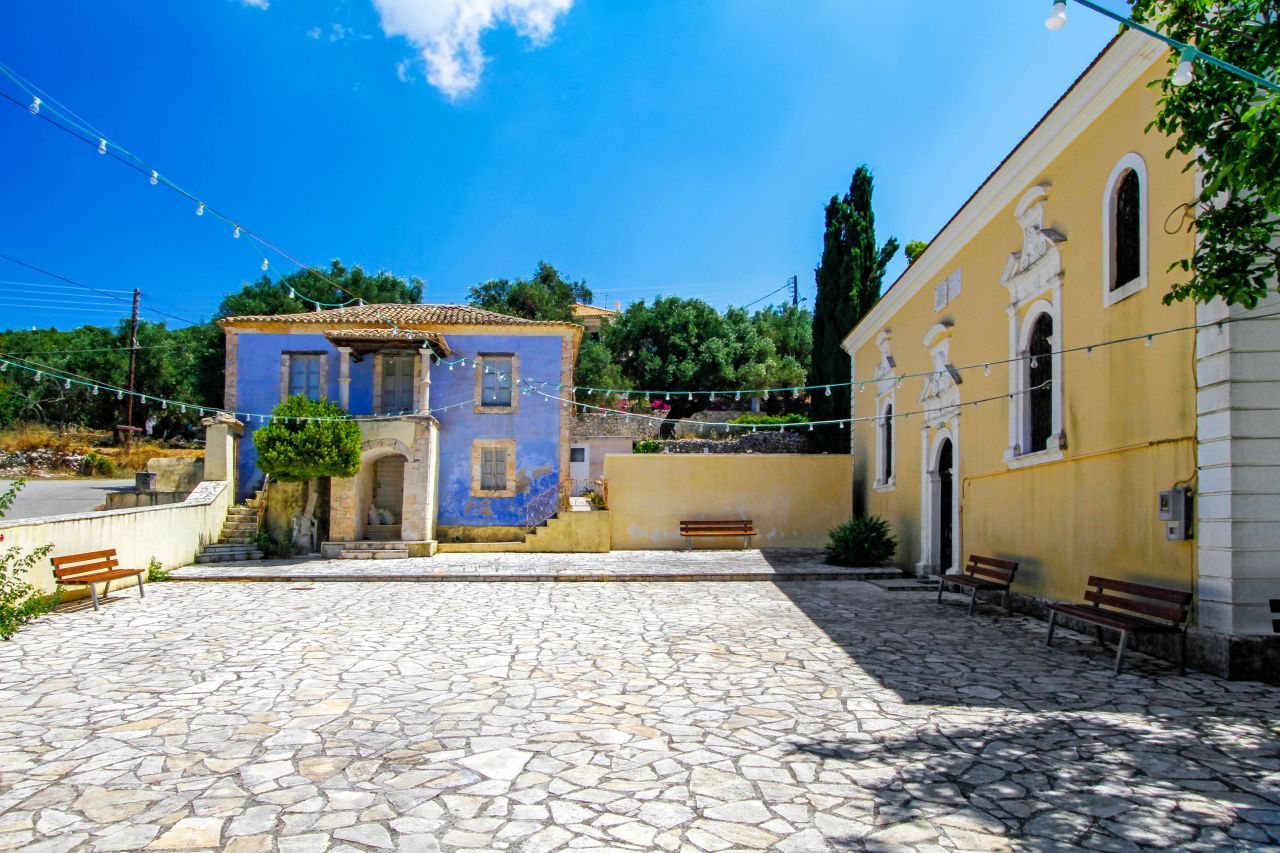 Architecture in Zakynthos (Zante) grew in the last centuries, and mainly adopted elements from the Western Europe, as the colonialism of the Venetians, the French and the English was inevitable not to influence such an important sector of culture.
A very determinant element in the formation of the current form of architecture and town planing of the island, was the destructive earthquakes, and mainly the one in 1953 which flattened, if not the whole, but surely the largest part of the island, and wiped off buildings and monuments of great historical importance.

After the destructive earthquake in 1953, the city was built almost from scratch and despite the efforts made in order to be rebuilt in the style and rules of the old one by following the tradition, the poverty and the difficult conditions of these years did not allow this to happen to the desirable extend. .

The only buildings preserved and later on restored, were the churches which really present great interest not only for their style but also for the decoration and wealth of their inside. Their pre-earthquake architectural character also maintain various buildings in the city of Zakynthos, which maily accomodate in their premises the Public Services of the island.

The city mansions were mostly triplex, with facades from firebricks. None of these mansions was preserved. The countryside mansions are the ones which present the bigger interest, as they were more complicated with large facades and many internal spaces, created to cover the needs of a country house together with the ones of a villa.

The element that characterizes the Zakynthian churches is the belfries, which comprise an essential and characteristic supplement for each church. They are usually built next to the churches and form small towers.
No church follows the Byzantine style, but most of them follow that of the three-aisled Basilica. Their main building is usually long and low, influenced from the Westen architecure. The larger churches may present more aisles. The churches that present the bigger interest in their architecture and internal decoration and exhibits, are the ones of Dionisios Solomos, Saint Nikolaos of the Mole, Agia Triada, Lady of Angels, all found in the City of Zakynthos – Zante.

The Monasteries which are found outside the city, and which survived the earthquake in 1953, or were restored according to their initial style, constitute appreciable samples of the Byzantine art, as they remained almost unaffected from the European conquerors. In almost all the monasteries, we observe embrasures next to the entrances, which the monks used for their defence.

Although the architecture and style of most buildings is characterized greatly as “Eptanisian”, a careful observer will find particularities and differences from the rest of the Ionian Islands.