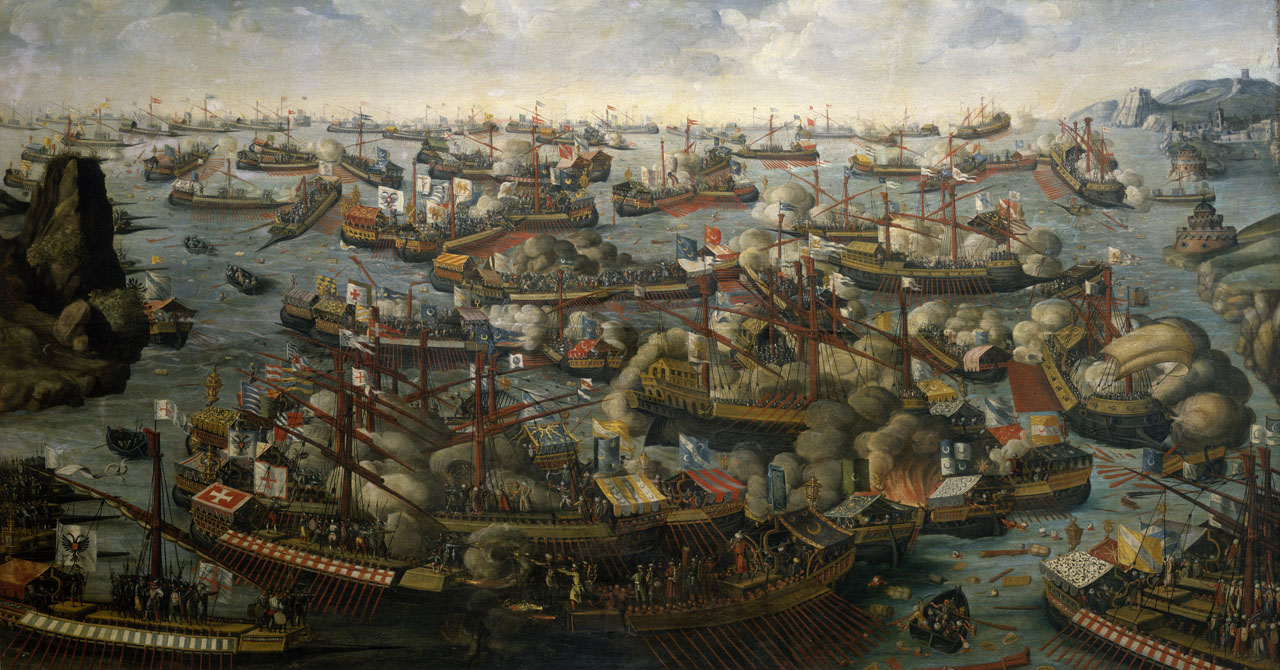 The people of Zakynthos contributed to the famous Battle of Lepanto not only due to the proximity of the battle to the island but also due to the Ottoman raids prior to the battle and the participation of a number of galleys from the island. In early 1570, the provveditore of Zakynthos, Paolo Contarini took active measures for the defense of the island given a new outbreak in the conflict between the Austrians and Ottoman Turks. Throughout spring and early summer of 1571, Ottoman raiders plundered several monasteries around the island but they were met with fierce resistance by local fighters led by George Minotos and Constantine Vlastos. Many Zakynthians found refuge in the Castle. Shortly after, the Ottoman Turks and Barbary pirates raided and sieged the Castle for 30 days but the islanders bravely repelled the attack – the attackers left for neighbouring Cephalonia. After this historic victory, Paolo Contarini invited the leaders to the Government House in the Castle where young nobles performed, for the first recorded time in modern Greek history, Aeschylus’s tragedy, The Persians in Italian translation.

In early October 1571, the united naval forces of Venice, Spain and Pope Pius V under the leadership of Don Juan of Austria gave battle against the Ottoman fleet at the entrance of the Patras Gulf in the famous Battle of Lepanto (not at Lepanto as is commonly believed). Along with many Greeks from Crete, Corfu, Naxos and Cyprus (also Greeks in the Ottoman fleet), Zakynthian sailors participated in the battle with six galleys financed, equipped and manned by mostly locals. They were led by Andreas Koutouvali, Nicholas Mondinos, Marinos Sigouros (nephew of St. Dionysios), Nicholas Foskardi, Constantine Vlastos, Dimitris Comoutos and Ioannis Montsenigos.

Residents of the Zakynthos watched the battle from the area of Kryoneri and Voidi island where they apparently could hear the cannon and see the ship’s sails. After the victory part of the fleet landed in Zakynthos where residents welcomed them with great enthusiasm.