Apart from the two beaches, with pebbles and with sand, we can admire the rich vegetation, the olive trees, the green oaks and pines, the sprouts and a lot of marathos from where the island tooked its name.

In the north-west of the island, tall bluffs are raised. In the long gold sandy beach that unfolds like a tongue in the sea, the turtles Caretta-Caretta make their nests. The Guards of the National Marine Park, stay there on a permanent basisin order to protect the island, the turtles and their eggs.
In the steep coast with the pebbles, we admire the two small marine caves which we can visit either swimming or with the small kaikia.

You may viit the Island only during the daylight by renting a small boat fom the beach of Keri, or with the Caiques that go there every day.
The island is virgin, and no shops are found there, therefore take care to carry with you water and other supplies if you intend to stay there for the day. 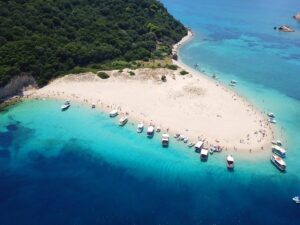 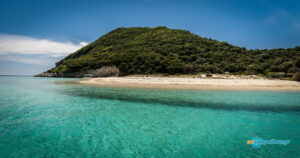 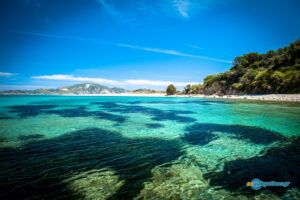 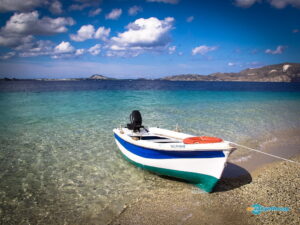 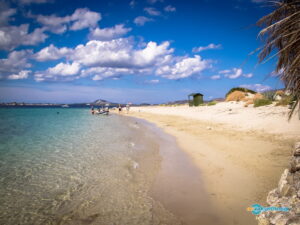 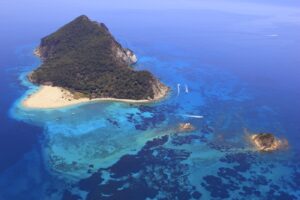 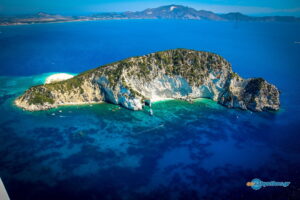