The beach of the Shipwreck, is perhaps one of the most famous beaches of Greece.
It tooked its name in the ship that in 1983 transported illegally cigarettes and after it shipwreckd was washed ashore. Its shell still lies there to odorn it.

The landscape is really impressive. Among the high white rocks a white beach lies with deep and spotless waters.
The beach is found near in the village of Anafonitria.

You may access the beach only from the sea with the caique which every day depart from the Harbour of Saint Nikolas in Volimes, or the Porto Vromi, or by making the tour of island with the smal boats and cruise ships. Most of them depart from the harbour of Zakynthos, and other from the beach of Laganas. 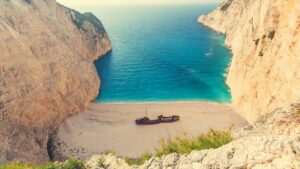 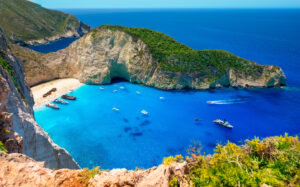 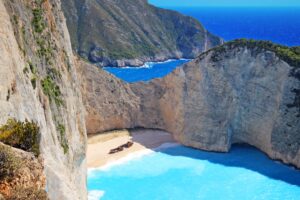 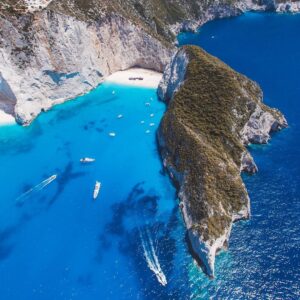 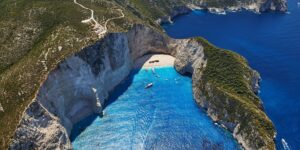 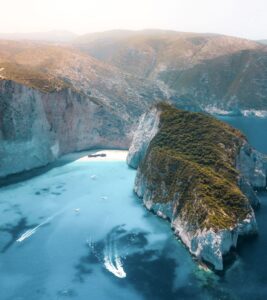 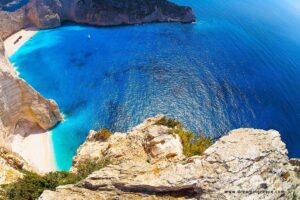 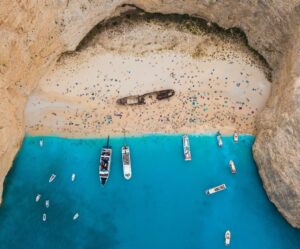 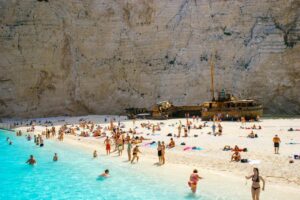 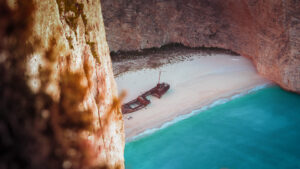 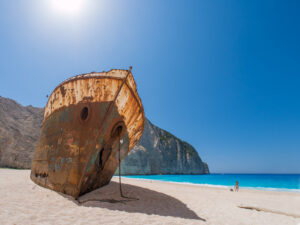 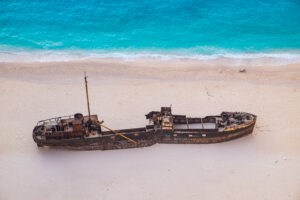 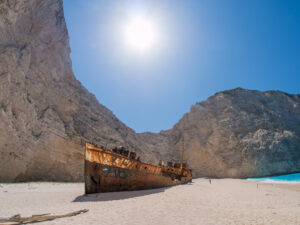 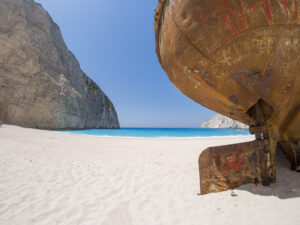 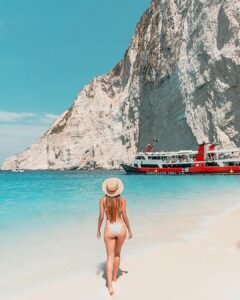 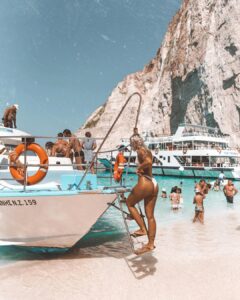 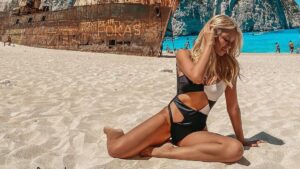 There are other departure points around the island, including half-day and full-day options from the Gulf of Lagana, Alikes and the port of Zakynthos.

Shipwreck Beach has only natural shade and no amenities selling food and drinks, so plan well and don’t forget: