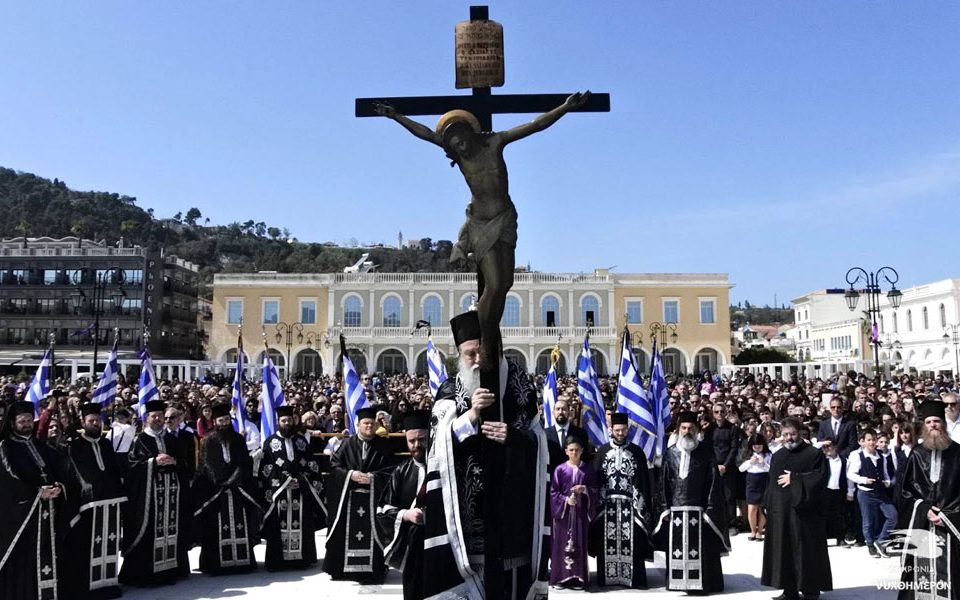 Among the greatest festivals are the ones of “Panigyria”, the character of which is more religious than ceremonial, as well as the litanies which for Zakynthos (Zante) comprise the most pious and official manifestations securely tied to the deep Christian faith of the people. The “Panigyria” are organised on the dates when the most central churches celebrate and they usually last for three days. Today many “Panigyria” have faded in their brilliance and organisation, but not in relation to the deep faith of the people which manifests more during the celebration of the patron Saint of the island Saint Dionysius.

Every year on the 17th of December and on the 24th of August, there is a very pious mass, a litany of the Saint\’s relics to the “Chora” with crowds of natives and foreigners, officials, politicians, clergymen, and lay people who with pomp and with the sounds of the philharmonic, the sirens of the boats, the church bells and spectacular fireworks declare faith to the Saint with the power for miracles. The moments when the believers with health or other problems lie in the middle of the street waiting for the relics of the Saint to pass over them in order to be cured is moving.