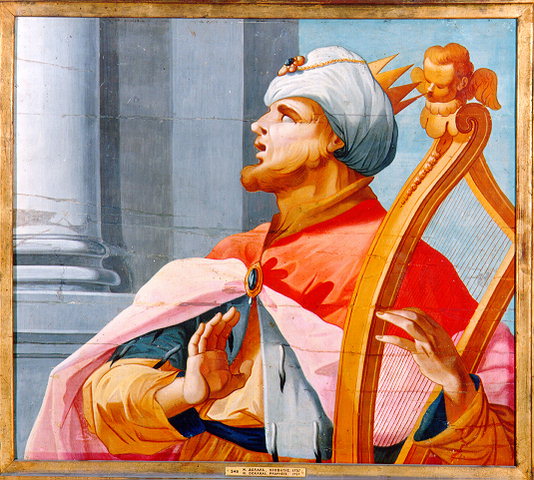 The Seventh Venetian-Ottoman War (or the Second Morean War) was fought between the Republic of Venice and the Ottoman Empire between 1714 and 1718. It ended with an Ottoman victory and the loss of the Venetian Republic’s last major possession in the Greek peninsula of the Morea (the Peloponnese). This was the final war between these two powers. Again, there was little activity on Zakynthian soil; however, there was naval activity directly offshore and the island acted as an embarkation point for some of the Zakynthian and foreign sailors and soldiers that participated in the siege of Corfu. Like most of Venice’s wars, Zakynthians fought on the side of Venice and Zakynthians held key leadership positions; particularly, during the siege of Corfu in 1716.

After the First Morean War, the Ottomans were determined to reverse these losses; especially the Morea. Venice only had a few thousand troops in the whole of the peninsula and they were plagued by supply, disciplinary and morale problems. The local population was also less than friendly. The seizure of an Ottoman ship carrying the treasures of the former Grand Vizier as well as the Venetians granting of sanctuary to the Prince-Bishop of Montenegro, after he had launched an abortive revolt against the Ottomans provided the pretext. On 9 December 1714, the Ottoman Empire declared war on Venice.

In early 1715, the Ottomans assembled an army of around 70,000 men in Macedonia and marched south towards Thebes while an Ottoman fleet numbering 80 warships swiftly captured the last Venetian island possessions in the Aegean. The Venetians relied mainly on mercenaries and could only muster 8,000 men and 42 mostly small ships under the command of the Captain General Daniel Delfin. This force was not only insufficient to meet the Ottoman army in the field, but also inadequate to man the many fortifications in the Morea. Within one hundred days, the entire Peloponnese had been re-taken by the Ottomans.

The Ottomans then decided to move against the Venetian-held Ionian Islands. They swiftly occupied Lefkada. On 8 July 1716, a 33,000 Ottoman army landed on Corfu, the most important of the Ionian islands for the Venetians. Despite an indecisive naval battle, the Ottoman land army continued its disembark and advance towards the city of Corfu. On 19 July, after capturing the outlying forts the siege began. Led by Count Johann Matthias von der Schulenburg, the defence had roughly 8,000 men. Among them were over 400 Zakynthians led by Frangiskos Romas and assisted by Nikolaos Kapsokefalos and the brothers Eustathios and Nikolaos Logothetis. The strong fortifications and the determination of the defenders withstood several assaults. After a great storm on 9 August caused significant casualties among the besiegers, the siege was broken off on 11 August and the last Ottoman forces withdrew on 20 August. For his efforts in helping to defend the city of Corfu from the Ottoman Turks, the Zakynthian leader, Frangiskos Romas was bestowed honours by the Venetian Republic in 1723.

Shortly after, Pope Clement XI committed to providing financial support and France guaranteed Austrian possessions in Italy. Consequently, Austria intervened and on 13 April 1716, renewing their alliance with Venice. In response, the Ottomans declared war on Austria. The Austrian threat forced the Ottomans to direct their forces away from the Morea; however, Venice was too weak to mount any large-scale counter-attack. With the Austrian victories in the Balkans the Ottomans were forced to sign the Treaty of Passarowitz. Although the Ottomans lost significant territories to Austria, they maintained their conquests against Venice in the Peloponnese except for Preveza.