Admiral Ushakov and the peasant uprising (1798) 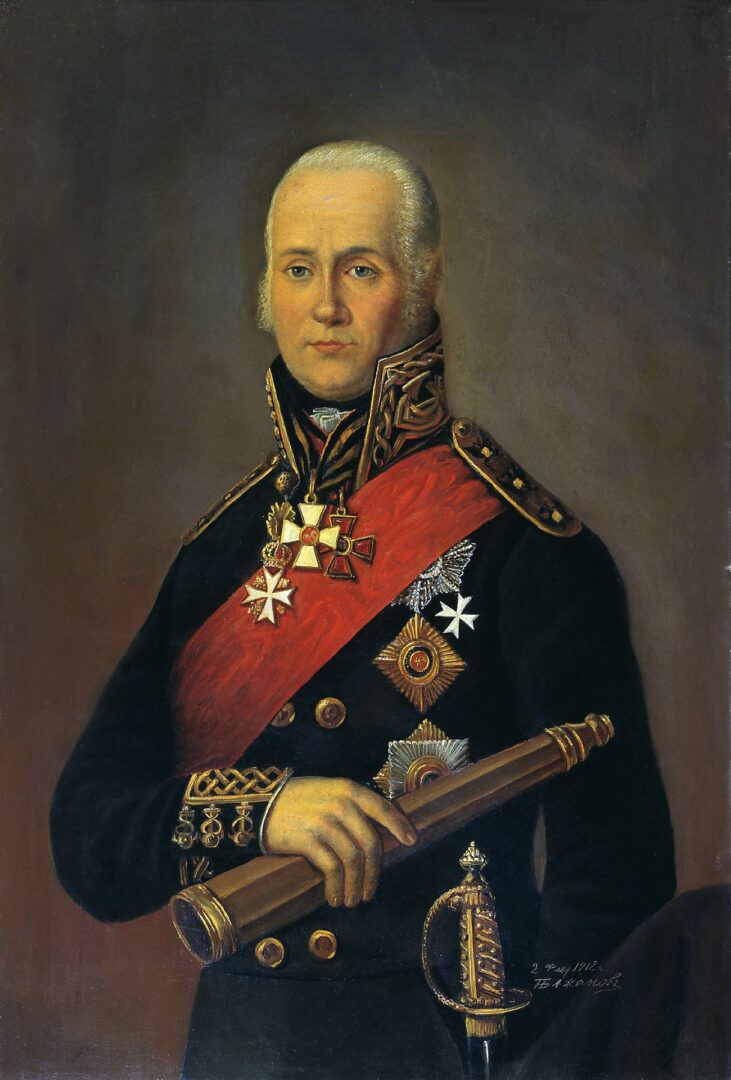 The French garrison forces on Zakynthos included 444 men and 47 officers, their auxiliaries and remaining Zakynthian supporters. They feared they were unable to put up a strong defence against Ushakov’s approaching forces; particularly, since the fortifications of the castle above Zakynthos town were in severe disrepair. Furthermore, much of the local population ranging from the old Nobili who had fled to their estates in the countryside, to the devout peasants were supportive of the Russian advance; although, they knew little of the involvement of their Ottoman Turkish allies at that time.

Perhaps the turning point of this episode was the mobilisation of 8,000 armed peasants waving Russian flags from all areas of rural Zakynthos and led by a so-called Kapa-Nikolis from the village of Macherado. This shocked the French garrison and their Zakynthian supporters – what they thought was a small revolt now resembled a mass uprising across the rural parts of the island. Following their appearance after the arrival of Gentili, the peasants were now starting to become an important political factor in Zakynthian history.

The French abandoned their coastal batteries and retreated entirely into the castle above Zakynthos town. Sensing a crushing victory over the French and the Zakynthian Patriots, and buoyed by their newly found political freedom, the peasants rushed the French into Zakynthos town but were held at bay by the French artillery. In frustration, they ransacked government buildings, public records were burnt in St Mark’s Square (including the Tree of Freedom) and the prisons were opened. They even pillaged the homes of pro-French Zakynthians and stormed the Jewish neighbourhood in Zakynthos town because they had sided with the French.

The Zakynthian peasants were dismayed when they noticed the presence of Ottoman Turkish troops among the Russian force; however, Ushakov persuaded them they were strictly under his command. The French garrison shot at the incoming Russian force from Zakynthos castle but foreseeing a massacre given the size of the peasant army gathered under the castle, they negotiated a surrender shortly after. The French soldiers were treated with respect by the combined Russian-Ottoman Turkish force but the pro-French Zakynthians were not afforded the same privilege and were either beaten in St Mark’s Square by the peasants, imprisoned awaiting trial or fled the island. Ushakov was jubilantly welcomed by the Zakynthians including Nobili who wore their finery once again to greet the Russian admiral. However, they were extremely reluctant to offer the same hospitality to his Ottoman Turkish allies.

Like the French, Ushakov promised self-determination and respect for the traditions and customs of the island. However, despite their hatred of the French, the Zakynthian Popolari, Cittadini and peasants rapidly realised that the form of self-government proposed by Ushakov would likely entail being governed by the Nobili and prey to their venality. Consequently, the peasants demanded direct annexation to Russia to counter the Nobili. However, Ushakov did not have a mandate to meet their demands and resorted to the powers in Constantinople and St Petersburg regarding the long-term future of the island. In the meantime, three local archons and an elected council were to be appointed by Ushakov to govern the island. The council was to be evenly divided between the Nobili and Cittadini so that the Nobili would not monopolise government; however, in reality the Nobili would rule and provide protection to the Cittadini.