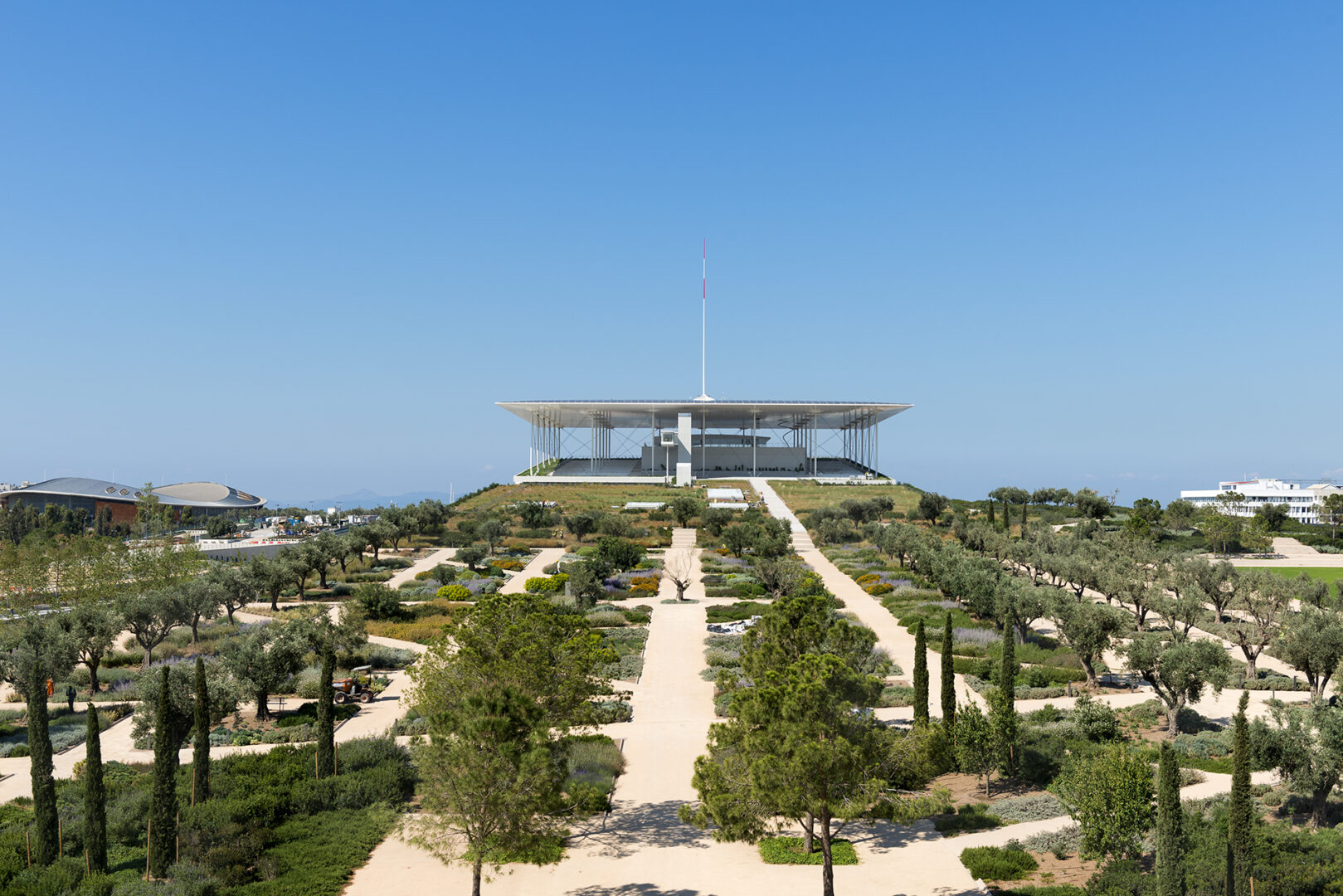 Civilisation is the sum total of the material and cultural achievements of a group of people. Culture and arts are two concepts that are closely interwoven, as art is the  characteristic expression of the culture of a given period.  Arts such as architecture, sculpture, pottery, weaving, music, jewellery making, and painting have a long-standing tradition in Greece, where civilisations were already established in pre-historic times.

Little is known to date about the Palaeolithic period in Greece, but quite a lot about the subsequent Neolithic period (7th  4th millennia B.C. approximately) and its civilisation, which is found mainly in areas such as Thessaly and Macedonia.

Civilisations with impressive achievements developed during the Bronze Age (3,000  1150 B.C. approximately) in the Northeastern Aegean, the Cyclades (its trade-mark being the big-sized marble figurines), Crete and the Greek mainland.  The civilisations which flourished during the 2nd millennium in the latter two areas, known as the Minoan and Mycenaean respectively, are considered the first two major civilisations of Greece.  The architectural remnants (e.g. palaces), as well as the samples of pottery, stone carving (vessels, sealstones), metallurgy (vessels, weapons), jewellery making and painting (murals) are impressive and representative of these civilisations.

Again within the framework of an empire, Greek civilisation developed during the Byzantine period – early, middle and late – (4th -15th centuries A.D.), while in more recent times civilisation is marked by the Ottoman domination and the first steps of the new Hellenic state after the War of Independence of 1821.

A visit to archaeological sites, museums and monuments all over the country offers a vivid picture of the civilisations in Greece, their achievements in arts and technology from the pre-historic era to modern times.