Distance from Zakynthos (Zante) town: 9 klm
The area of Laganas is the most cosmopolitan and tourist developed area of Zakynthos.It is located in the Gulf of Laganas in the south flat area of the island.
It is from the first areas that lived mass Tourism.
Ideal for those that love the intense nightl life, as the variety of choices in night clubs and restaurants is big.
The wide beach is 9 kilometres long and it is one of the biggest in Greece.

A part of this beach is also chosen by the Sea turtles caretta-Careta as one of their main shelters. For their protection, the Gulf of Lagana and then areas that lie in this, have been characterized and belong to the National Marine Park of Zakynthos - Zante, and since then,reconstruction decreased and the mechanically-driven marine ships were prohibited.

On this each you may also find small ships and kaikia that will take you to a small tour in the Gulf , and thus you may also see the turtles more closely.
From the beach of Lagana leave on a daily basis large and small kaikia for dives. 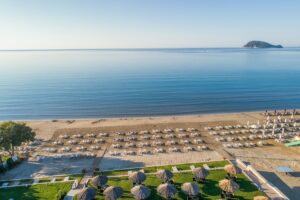 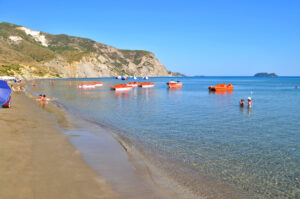 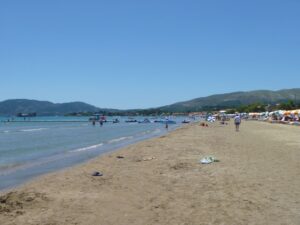 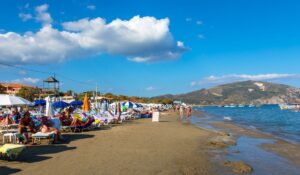 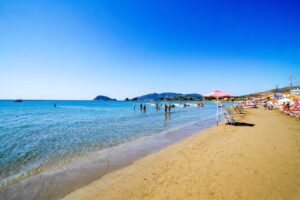 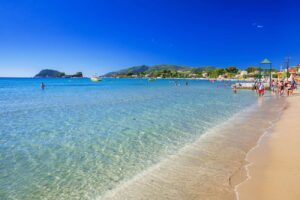 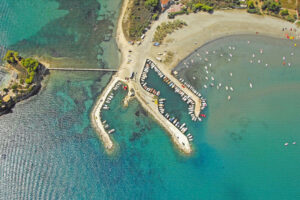 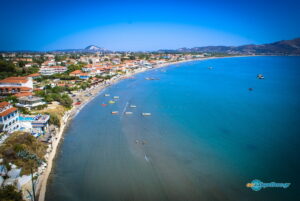