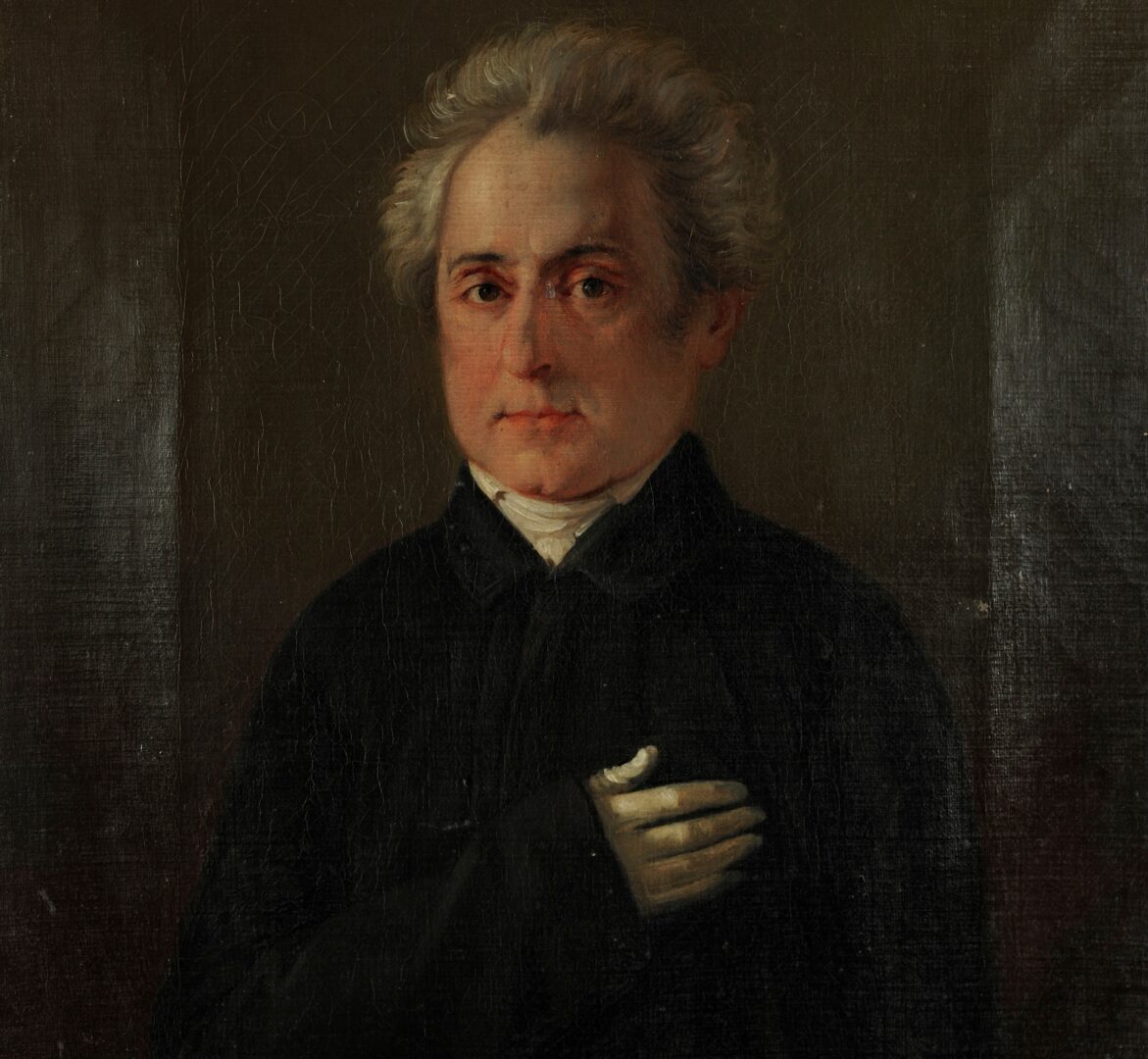 During the War of Independence and after the liberation of the country, the leading figures in poetry were Dionyssios Solomos (1798-1857) and Andreas Kalvos (1792-1869). The choice of the city of Athens as the capital of the country drew the literary forces from the periphery to this new centre.
An “Athenian literary school” was formed which promoted a late romanticism, quarrelled about the language to be used in literature: a language close to ancient Greek or a language based or the spoken language? The so called “language problem”, which would be solved more than 150 years later thanks to a government decision, marked the evolution of the modern Greek literature.
Costis Palamas (1859-1943), an extremely prolific poet and critic, is the founder of a real national literary environment, away from sterile and complicated romanticism, very closed to the development of moral values and of the idea that the writer has a mission within society – to help it improve.

The same high value attributed to literature is visible in Emmanuel Roidis (1836-1904) prose work as well in Georgios Vizyinos (1849-1896).
Alexandros Papadiamantis (1851-1911), whose work is considered by Milan Kundera and many other European authors contributing in the tradition of the great European romancers and novelists, was a pacesetter in the Greek letters and a most important prose-writer. Another outstanding example of a brilliant prose is the work of Yannis Makriyannis (1797-1864), a general of the Liberation War, who learned how to write at the age of 32. The publication of his Memoirs in 1907 influenced many prose writers and poets, like George Seferis, of the next generation.

Konstantinos Kavafis (1863-1933) is the most famous poet of the Modern Literature . The work of Kavafis included only 154 poems composed in the course of more than 35 years. Kavafis belongs to a particular literary category that emerged in the first quarter of the 20th century and had no continuation: this is a “stand alone” category in which one could put Kafka and Joyce, Kavafis and Pessoa.
Kavafis poetry is in full contrast with that of Angelos Sikelianos (1884-1951), a visionary and profound poet, who brought back to life the Delphi celebrations (1927) and wrote excellent poems, long poetic compositions, theatrical plays and literary essays.

Nikos Kazantzakis (1883-1957), who is the most – translated Greek author, next to Kavafis. His literary work include many theatrical plays, travel books, many translations (Dante`s “Divina Comedia”, Homer`s Iliad and Odyssey – in collaboration with the great theorist of greek litterature in the 20th century J.Th. Kakridis-) and the huge epic work “Odyssey”, with its 33,333 verses. Kazantzakis is internationally recognised due to his nine novels, Zorba the Greek (1946) being the most widely known.
Kostas Karyotakis (1896-1928), poet and translator, is the link between the declining romanticism and the modernistic trends. A genuine representative of intimism and decadence, a follower of Jules Laforgue, he created a fashion, and his suicide, in strict obedience to his pessimism, turned him to a legendary figure.

Greek literature enters modernism with the so-called “generation of 1930”.
George Seferis (1900-1971), who won the Nobel Prize 1963, is the leading figure of this generation. The career diplomat, an admirer and translator of T.S. Eliot, Pound and Valery, he adapted and incorporated the new literary trends in his poetry while keeping his promise “to write simply”. The literary essays and the diaries are also very important and many of his poems were put in music by leading song composers like Manos Hadjidakis, Mikis Theodorakis and others.
Andreas Empeirikos (1901-1975) is the emblematic figure of surrealism in Greece.

Odysseus Elytis (1911-1996), the second Nobel Prize laureate in 1979, close to the French poetical innovations of the 20th century, is another great poet. His poetical composition “Axion Esti” (1959) gave him international fame and has been widely known thanks to the music of Mikis Theodorakis.

Yannis Ritsos (1909-1990), a gifted versificator, is the most prolific poet of Modern Greek Literature.
Stratis Tsirkas (1911-1980), with his trilogy “Lost Cities”, better known under the title “Cits la Drive”, has been awarded the Best Foreign Book Prize. Today, a new group of authors tries to talk about the present with clear signs of a literary search of the self, an analysis of the decadence of the bourgeois world and a critic of the establishment.

The promotion of contemporary Greek Literature abroad is part of a complete book policy, which was inaugurated in 1994 by the Greek Ministry of Culture. The National Book Centre is planning and carrying out this policy. Its presence in the international stage was recently confirmed by the last year`s Frankfurt International Book Fair (October 10-14, 2001), where Greece was the guest of honour.