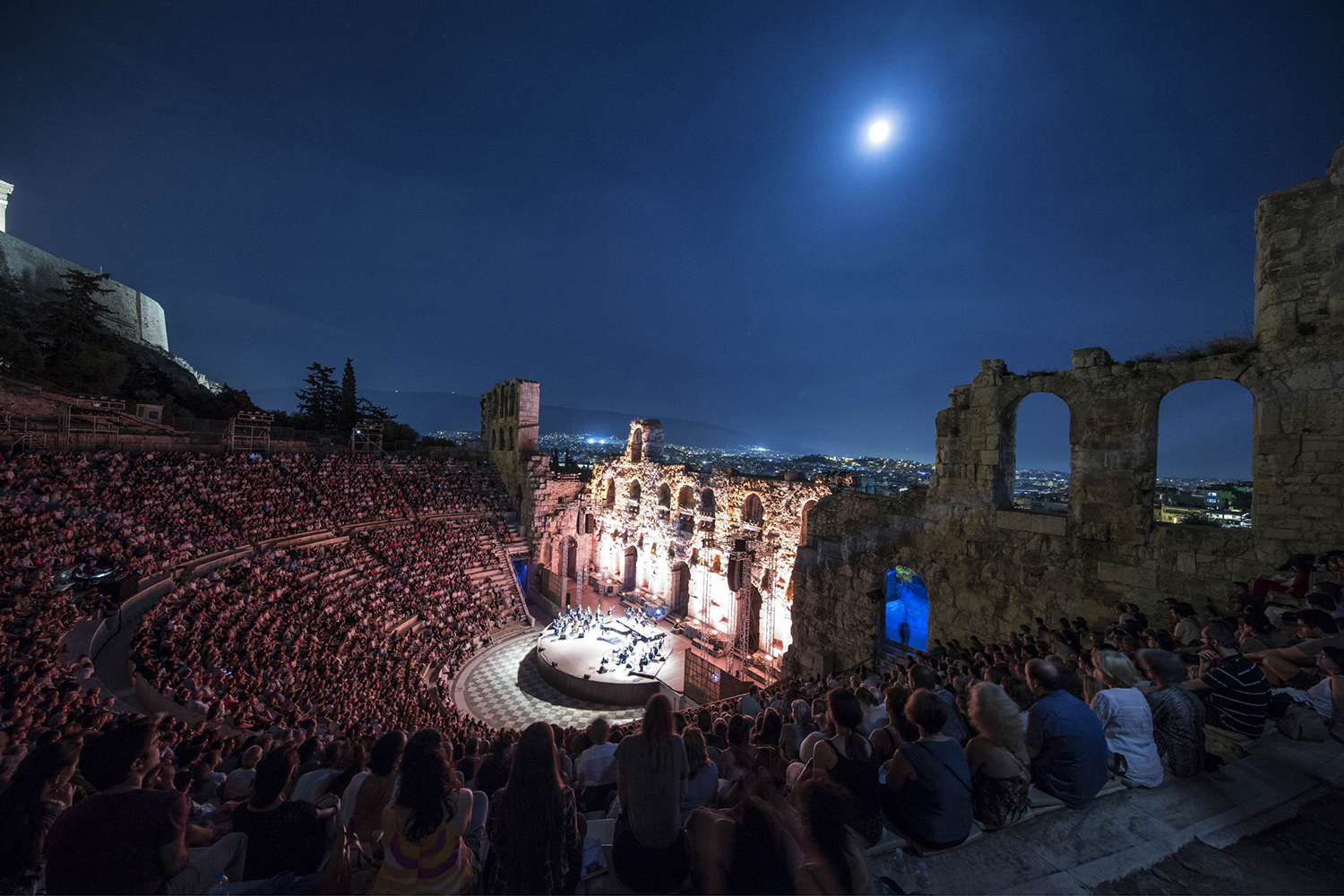 Greek music has developed over many centuries and has been subject to various historical and geographical influences: Ancient Greek music, Byzantine and Minster music, provide a whole series of distinctive musical traditions.

Today music is taught in the 213 recognised music conservatories of which only one is state-founded. There are also 146 music schools. Of all these conservatories and schools, 44,8% are located in provincial towns. Music is possibly the most popular cultural activity of the Greeks.

It is connected to the historical importance of the song and to the popularity of musical expression through dancing. There is a long tradition of rural traditional music connected with the War of Independence against the Ottoman Turks (1821-29). A form of urban traditional music with strong links to the refugees from the Asia Minor disaster (1922) is the “rembetiko”.

The global reputation of Modern Greek Music rests largely on the works of Manos Hadjidakis (Best Song Oscar in 1960) and Mikis Theodorakis (British Academy Award for best music in 1969).

Since the Second World War, many of the younger composers have sought inspiration in both rural and urban traditional music. One of the most prominent figures is Dionyssis Savopoulos , who has made an original synthesis using elements from “rembetiko”, rural music tunes and rock & roll rhythms. Other important composers are Stavros Xarhakos, Yannis Markopoulos , and Thanos Mikroutsikos.

In the field of the classical music , the composers are Nikos Skalkotas , Yannis Christou and Iannis Xenakis , have written most of their works during the 20th century, earning global recognition.

Finally, the two Greek titans in the classical music scene worldwide, are Maria Callas (soprano) and the conductor, pianist and composer Dimitris Mitropoulos.