One of the finest buildings hidden in dense vegetation is the old Aqueduct located in "Vrysakia". It was built in the 19th century collecting the water from the natural springs and through a complex pipe system distributed the water to Zakynthos Town. The most interesting piece of architecture feature is "Vourderis Camara".This magnificent bridge is 15 meters high and has a series of archways bearing the pipes which brought water to the main town. It was constructed during the period of British rule and legend has it that Kolokotronis, who lived on Zakynthos 15 years before the 1821 war of independence, was very fond of this place and used to ride his horse over the bridge. 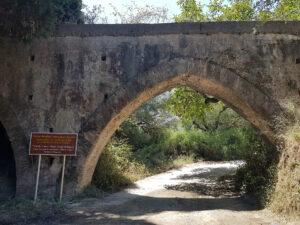 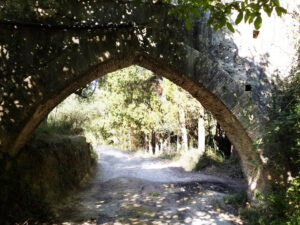 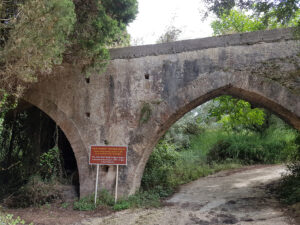