Literally in the sea in 10 meters distance from Argasi's seashore is located the old bridge.This landmark of Argasi was built at the beggining of the 19th century. Originally it was a part of the coastal which was constructed during the period of English domination but it was almost hidden in the sea. It started from the church of Agios Spiridon of Sgournes and assumingly ended up in the Venetian Vardiola just before Davia.

Almost half of the bridge, which used to be part of the main road, is now resting on the shore and the other half is immersed in the sea. This is due to severe erosion from the seawater and the winds. 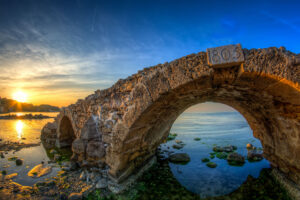 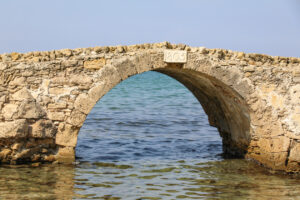 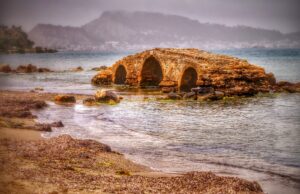 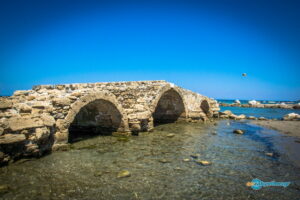 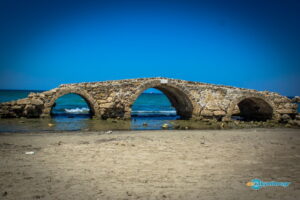 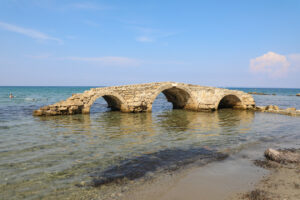 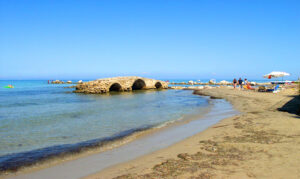