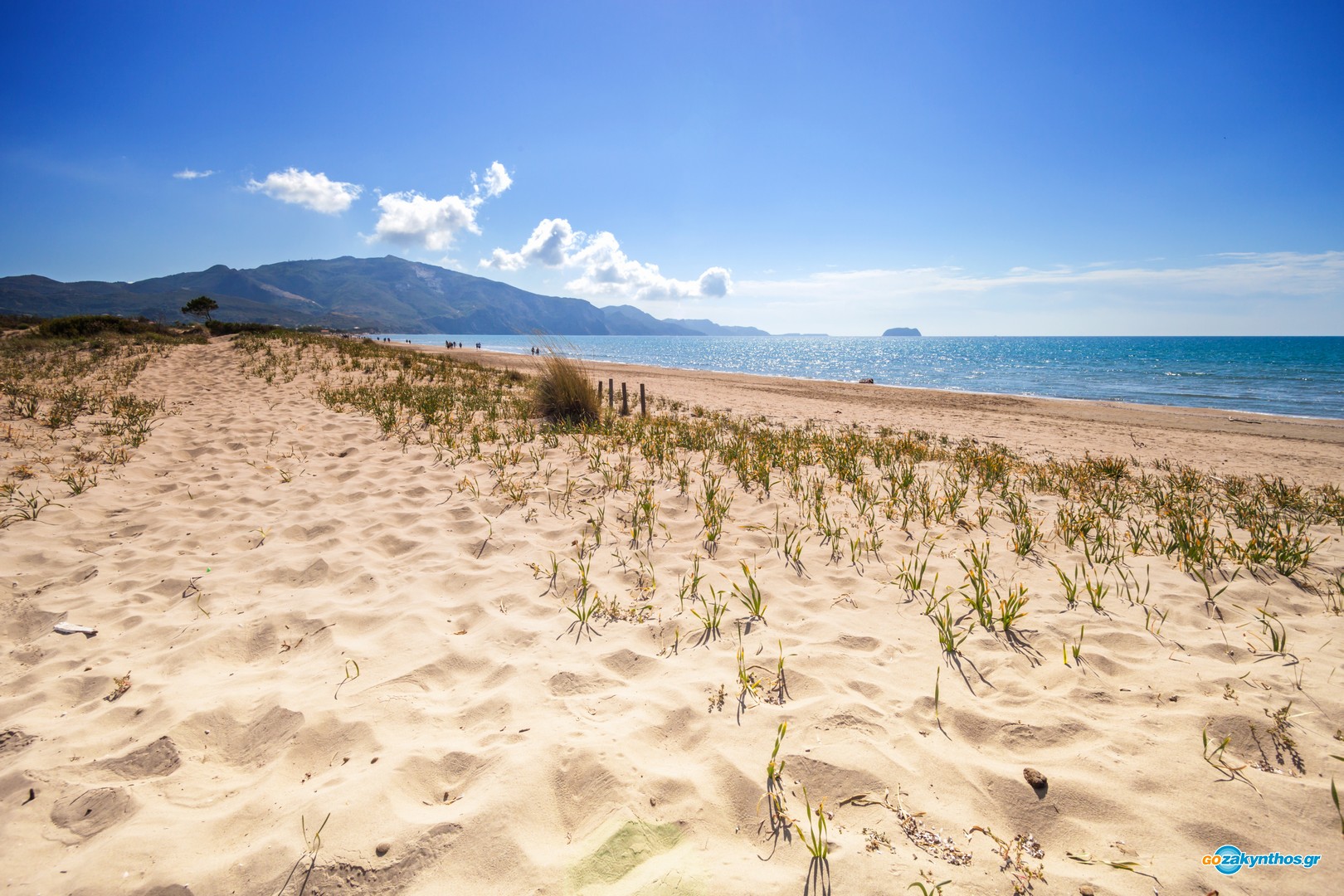 The National Marine Park of Zakynthos (N.M.P.Z.) was founded by Decree law , in December 1999. In its bounds belong the most important beaches of breeding of the Sea turtles Caretta caretta. The aim of the N.M.P.Z foundation is the safeguarding of our important natural heritage and the conservation of the ecological balance of these land and marine areas, as far as the protection of the small islands in the gulf of Lagana and the islands Strofadia, together with the parallel growth of activities harmonized with the protection of nature and landscape in their wider areas.
The main scopes of the N.M.P.Z. are the protection and conservation of :

The more important nesting beaches of the Loggerheads Caretta caretta.
The biotopes and the population of the Mediterranean Sea Monachus monachus.
The biotopes of protected bird species especially of the migratory.
The biotopes of endemic flora
The coastal and marine areas of European and Mediterranean interest.
The fishing resources and in general the marine ecosystem, as far as water activities are concerned (fishing )

Also, in the scopes of the N.M.P.Z belongs the growth of compatible with the above activities, as:

The National Marine Park in Zakynthos (Zante) is the first of its kind established in Greece, comprising of a management body and is a bright example for other areas of Greece, that need total management.

The Marine Park includes the marine coasts and the islands in the Gulf of Lagana, the beaches of breeding of the Sea turtle and an area of land that surrounds them.Also the wetland of Keri lake , and the Islands Strofadia, located 40 miles south of Zakynthos (Zante)

Zakynthos – Zante is considered the most important biotope of breeding of the Sea turtles in the Mediterranean. Greece is the only European country, in which the Sea turtles Caretta caretta breed. Furthermore, in the western coasts, a great number of the endangered Seal Monachus monachus lives.

The area of the National Marine Park in Zakynthos includes various types of ecosystems of National but also of European interest, as land and marine ecosystems (Posidonia oceanica) as well as coastwise ecosystemns
In these ecosystems, hundreds species of flora and fauna are also met .