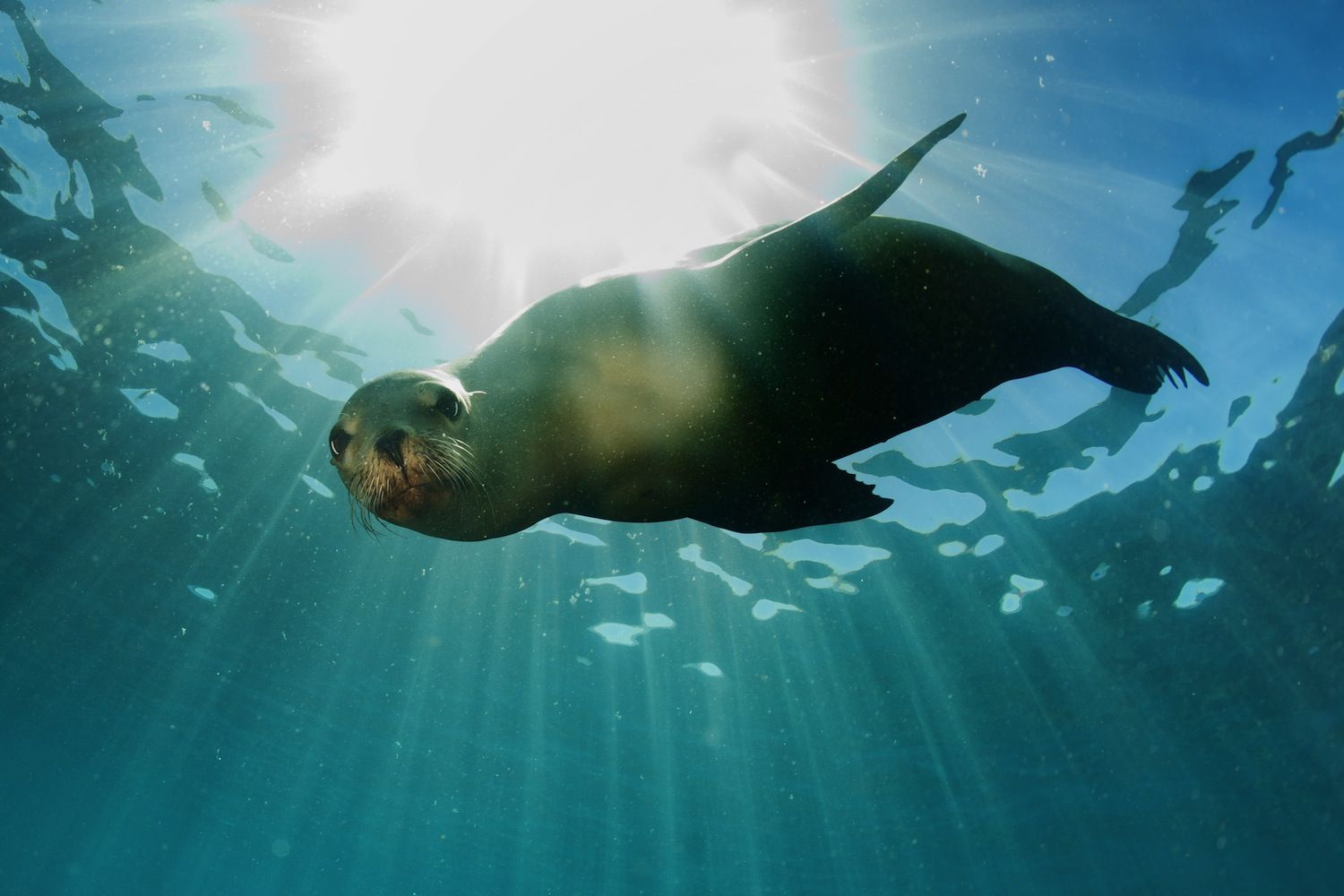 Only a few hundreds are seals found in the coasts of Mediterranean and of the Western Africa, and the larger amount of which (200-250 individuals roughly) lives today in the Greek waters.

The Mediterranean Seal is one of the biggest species of Seals and from the very few large mammals in Greece. The adult animals reach in length the 3 meters, while they can weight up to 350 kilos. Their body is covered from short and glossy hair, the color of which varies from light gray to dark brown, or even black. Their belly is usually of lighter colo, while certain animals, usually the dark or black, have in the belly a white “patch”.

The Mediterranean seal gives birth of 1 baby every two years. They give birth always in the land, in dark and well-protected sea caves. The period of birth ranges from August to December. The newborns have length roughly 1 meter and weight up to 15 kilos. They nurse for almost 3 months and afterwards they learn to find their food alone.

The basic threat of the Mediterranean seal is the human activity. The killing, the reduction of the food, but also the accidental catch from the fishermen, are causes related with fishing. Also, the sea pollution and the unrestrained tourism growth cause the destruction of natural biotopes, which as a result cause low birthrate and high mortality. The Monachus monachus is found in the top of the ecological pyramid and for this it can be considered an indicator of health for the Sea environment.
The disappearance of the seals states a preamble for its destruction.
By protecting the Mediterranean seal, we protect the sea.