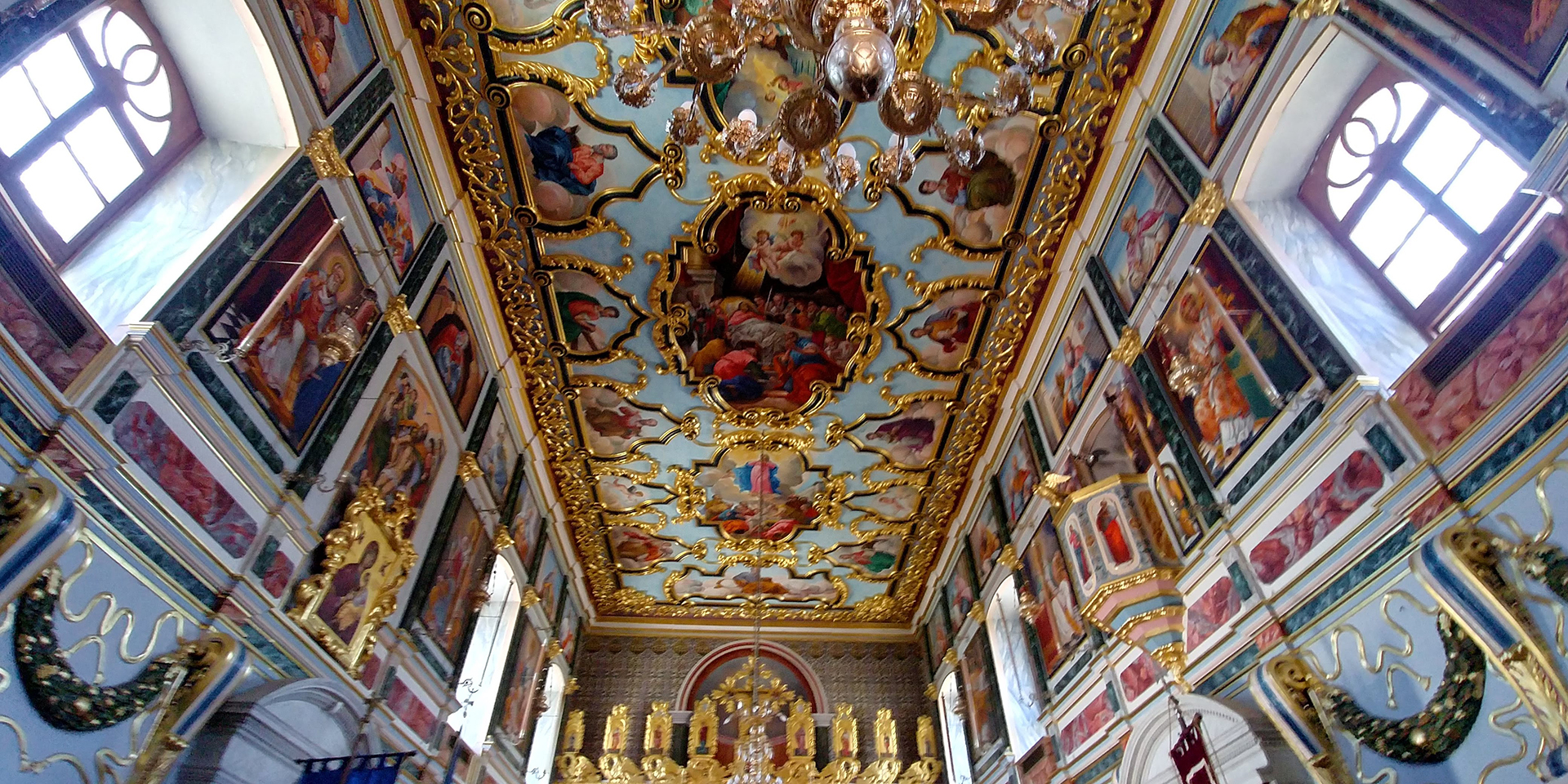 According to the tradition, Christianity was propagated in Zakynthos (Zante), around 34 AD from Maria Magdalini that debarked in the island to her way to Rome. Another tradition speaks for Saint Veatriki, but unfortunately there is no further information that may confirm this.

The Saint Patron of the isalnd is Saint Dionisios , ( Draganigos Sigouros). He is also known as the “Agjos of Forgiveness” as he forgave the murderer of his beloved brother.
He was born in Zakynthos in 1547 and was announced a Saint from the Oecumenical Patriarchate in 1703.
In Zakynthos he lived, as an Abbot in the Holy Abbey of Anafonitria up to the year of his death in 17 December 1622.

He was buried in the Abbey of Strofades and at the removal, his relics was found imperishable and fragant. In August 24th 1717 his relics were transferred in Zakynthos in order to be protected from the pirates.

Initially, it was kept in the Abbey of the Holy Temple of Metohi, at the area of Kalliteros. In 1764 it was brought to hid homonous Holy Abbey, where the other votaries of Stofades lived. Its Holy relic is a pole of attraction for thousands of pilgrims and a source of healing for the serious deseased.
On August 24 and December 17 his memory is celebrated in all Zakynthos.

The festive events last three days each time and end with a pomp and a papade of the relic around the city.