Amongst the pine trees and olive groves lies the picturesque village Agalas. Pass by the traditional stone houses and narrow lanes following the signs for The Damianos Cave.

The local legend says that the evil dragon Andronios was 300 meters tall. The good ruler of the village and its protector Damianos has forced the evil dragon Andronios to fight with him and has managed to defeat him. As a punishment, he had to make twelve wells, one for every month of the year for the sake of the village people.
From his cave, Damianos, was watching Andronios to perform his punishment. The same legend says that when Dragon Andronios re-emerged, Damianos killed him with his horse and his fate "is" today in the homonymous cave. Indeed, within the cave there is a rock that resembles a horse's head. The cave is situated on a hill and is two-storey filled with stalactites and stalagmites.

What is striking about this cave is that it has two entrances - one above the other! Enter and enjoy the cool, fresh shade that awaits you. The view is magnificent, the hills are thick with vegetation and the sea extends into the background.

When returning from the cave you can stop at one of the stone built rest areas and enjoy the sunset. You should stop once again at the village itself and visit the village church, with its beautifully coloured building and remarkably large bell tower. 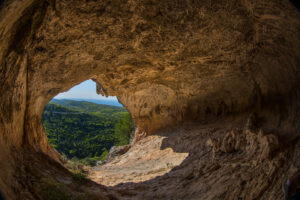 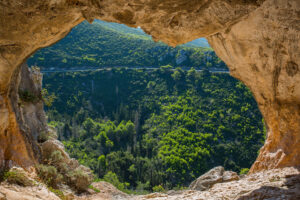 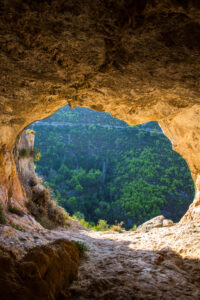 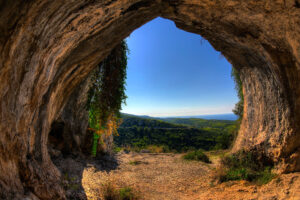 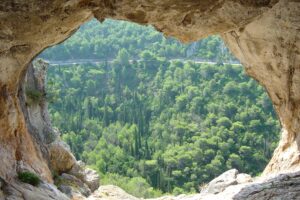 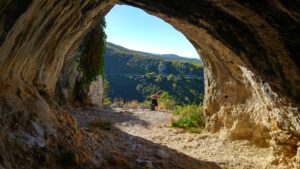 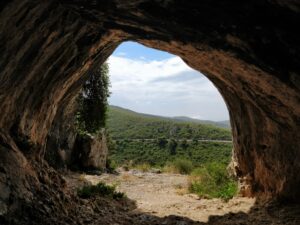 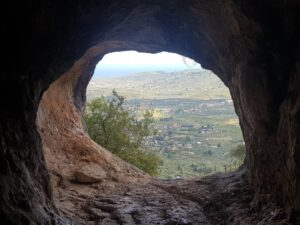 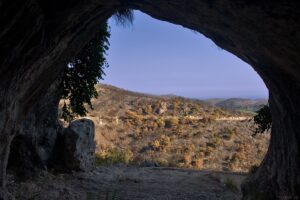 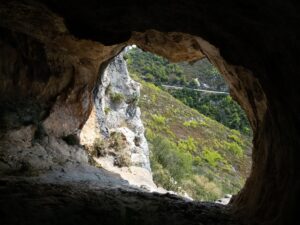 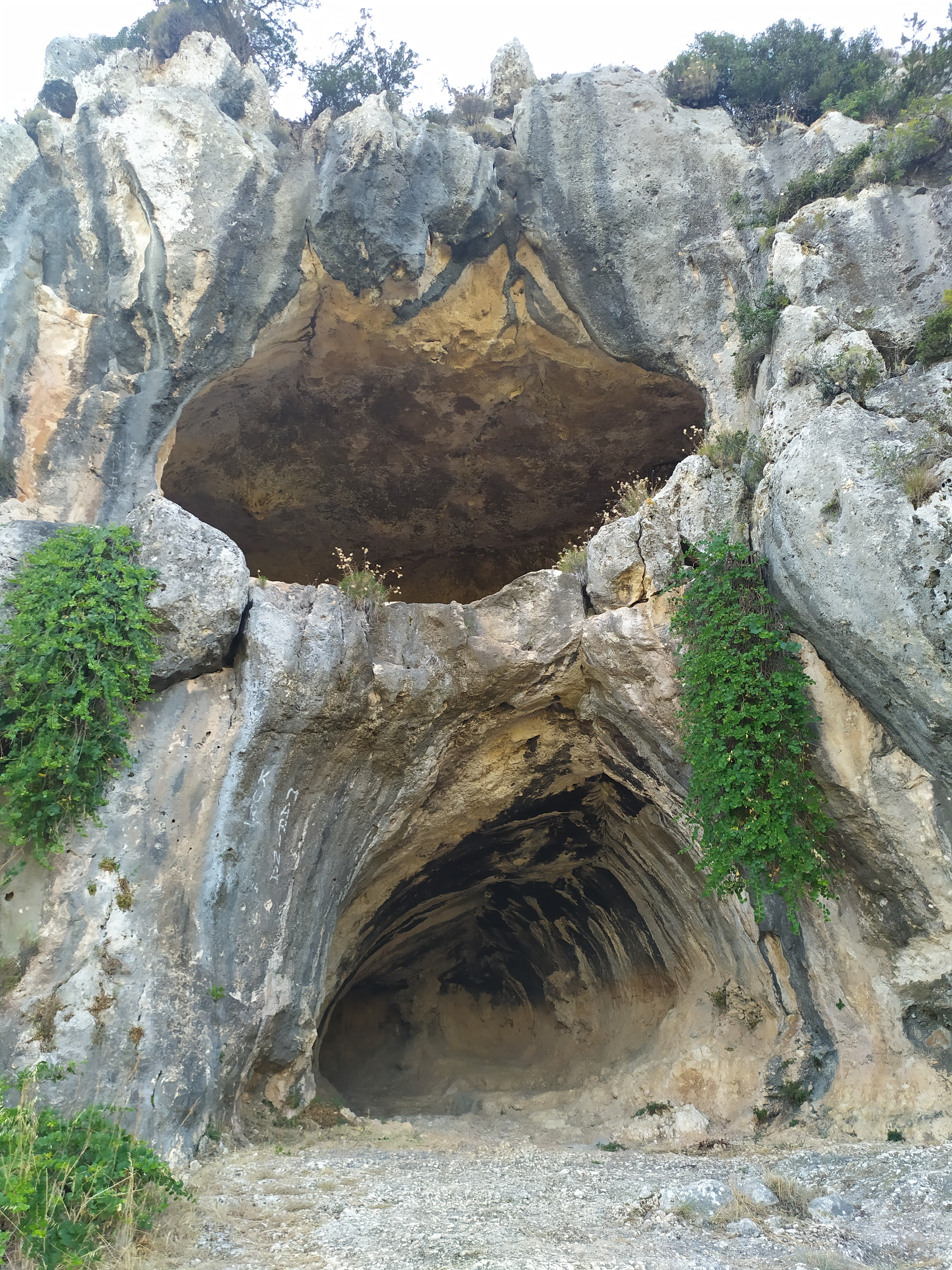 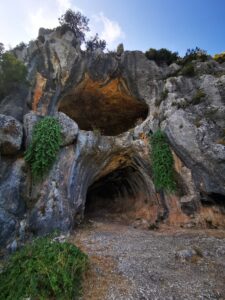 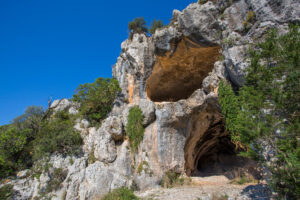 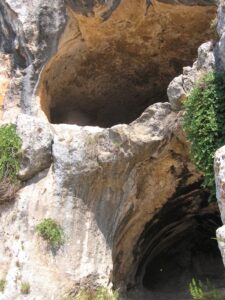 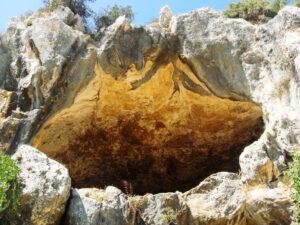 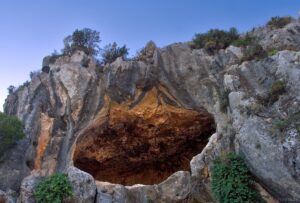 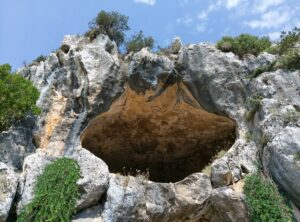 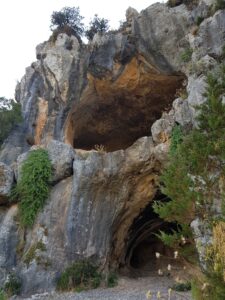 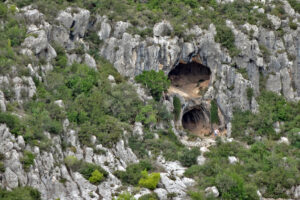 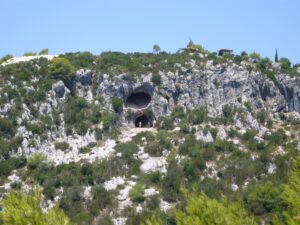 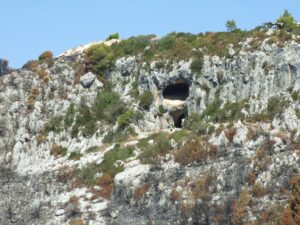 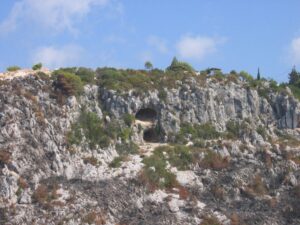