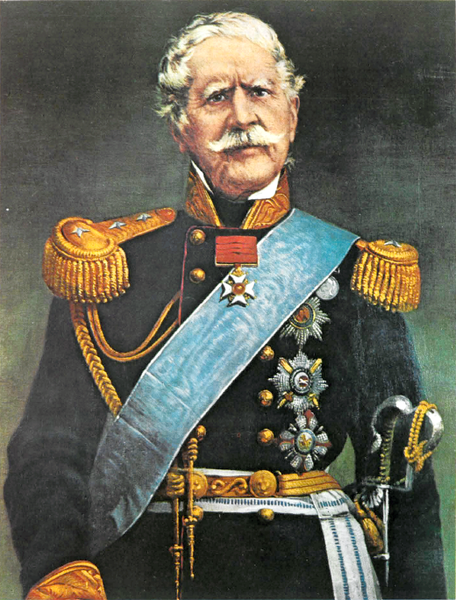 After the capture of Zakynthos, Kefalonia and Ithaci, in March 1810, Oswald and Richard Church, an Irish Captain invaded Lefkada with a force of 2,000 British soldiers and Greek volunteers mostly gathered from mainland Greece and Zakynthos and formed into the 1st Greek Light Infantry. The combined British and Greek forces captured Lefkada after heavy fighting in April 1810. For this Oswald was made governor of the Ionian Islands and based in Zakynthos. He rapidly formed diplomatic relations with the Ottoman Turkish governors of mainland Greece. When Oswald left for England in 1811, Richard Church succeeded him. Corfu was still defended by a strong French garrison under General Donzelot. As late as 1814, it was ordered to surrender to Sir James Campbell by Louis XVIII.