The area of Gremna is northwest of Zakynthos (Zante), a place imposing and grand that provokes fear in the visitors and agitation of the soul.
One of the imposing scenes of Greece is the magnificent "Navagio (Shipwreck)" which is also situated here.
Established in 1535 by the priest-monk Makarius and Monk Varlaam Beletis is the monastery of St George.

Many ecclesiastic personages like priest-monk Yerasimos Notaras (St Yerasimos afterwards became the protector of Cephalonia), and the Zakynthian theologist and teacher, Monk Pahomios Rousanos lived in this monastery.
The tower of the Monastery was built in 1561 for the defence of the monks from pirates.
The library of the monastery is mgnificent but unfortunately the handwritten codes of Rousanos were taken from there somehow, and were placed at the Markian library of Venice.
With the initiative of the Revd. Chrystostomos II, Metropolitan of Zakynthos Zante the monastery is already on the way to being restored and the monastery`s treasures have been noted and preserved..

The road from Anafonitria and Volimes have been tarred, which make it possible for vehicles to reach the area which until now was impossible. The monastery`s buildings have been electricity - enlightened and a beautiful outside recreation area has been established for visitors.

Plans are in process for extending the area as a long term spiritual and political center and great attempts have been made to return the monastery to brotherhood monks. Apart from a restored nd preserved museum area it will again become an ascetic area for the monks too, regaining its ancient splendour. 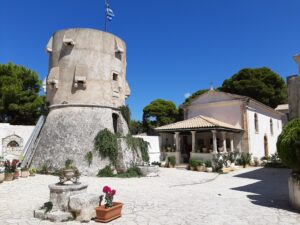 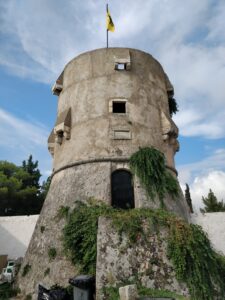 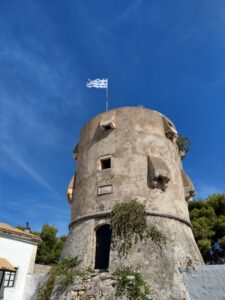 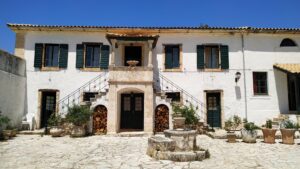 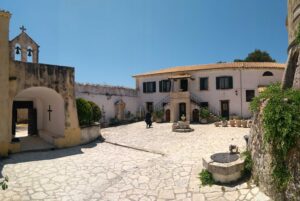 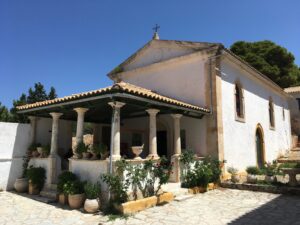 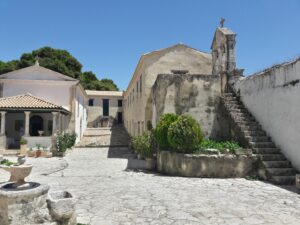 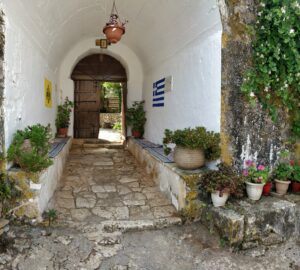 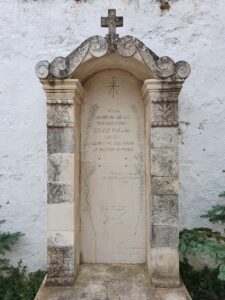 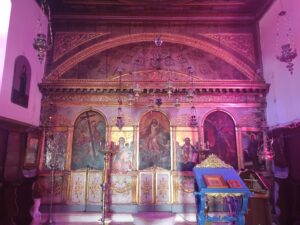 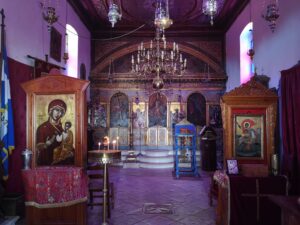 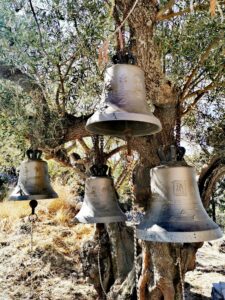