The monastery of Panagia Anafonitria with its characteristic tower is situated in the area of Plemonariou, northwest of Zakynthos Zante.
It was probably established in the l5th century from Leonard Tokko, Count Palatine the 3rd of Cephalonia and Zakynthos (Zante), with his wife Lappa.
In byzantine times the miraculous icon of Our Virgin "Anafonitria"was brought here from the captured Constantinople in 1453.
The monastery became a brotherhood from the priest-monk J. Rosanos and the monk A. Vlahos in 1534.

From this time the great property was possessed by Venice as Jus patronato, to the people prominent. In 1568 it was given to Archbishop Dionysus Sigouros (the Saint and Protector of our island today). It was here that our Saint met the murderer of his brother to whom he forgave.
The last possessor of the monastery was the family of Flabouriaris.

All the wall paintings (all that were saved) were narrated possibly in early 1669 by the order of Morozini.
Currently the monastery operates as a Parish Church for the neighbour village that bears the same name. The tower exists as a steeple and the area is a place of pilgrimage, the reason for this being the binding of Our " Saint of Forgiveness " Dionysus. 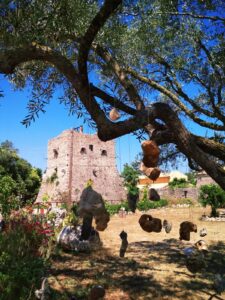 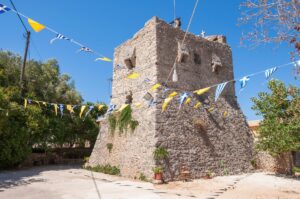 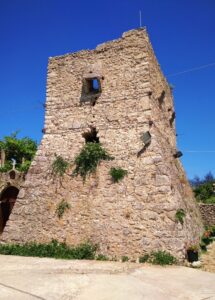 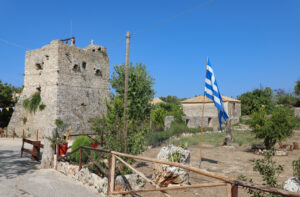 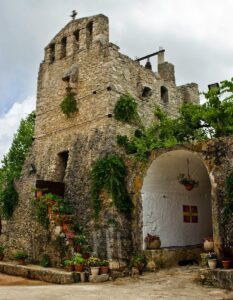 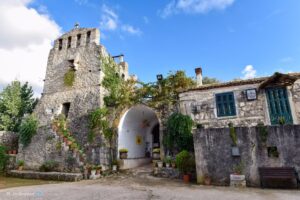 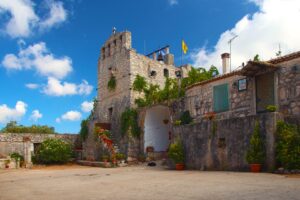 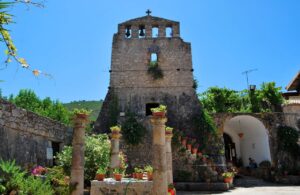 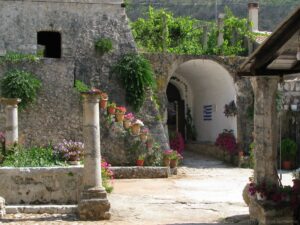 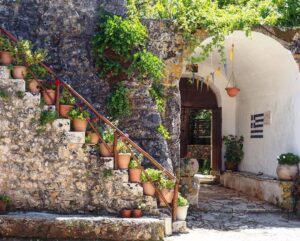 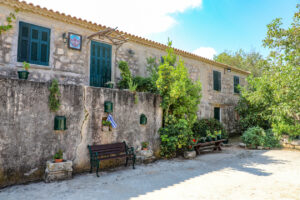 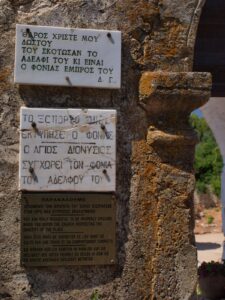 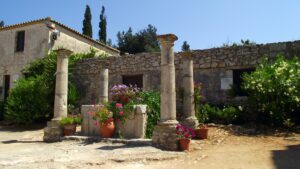