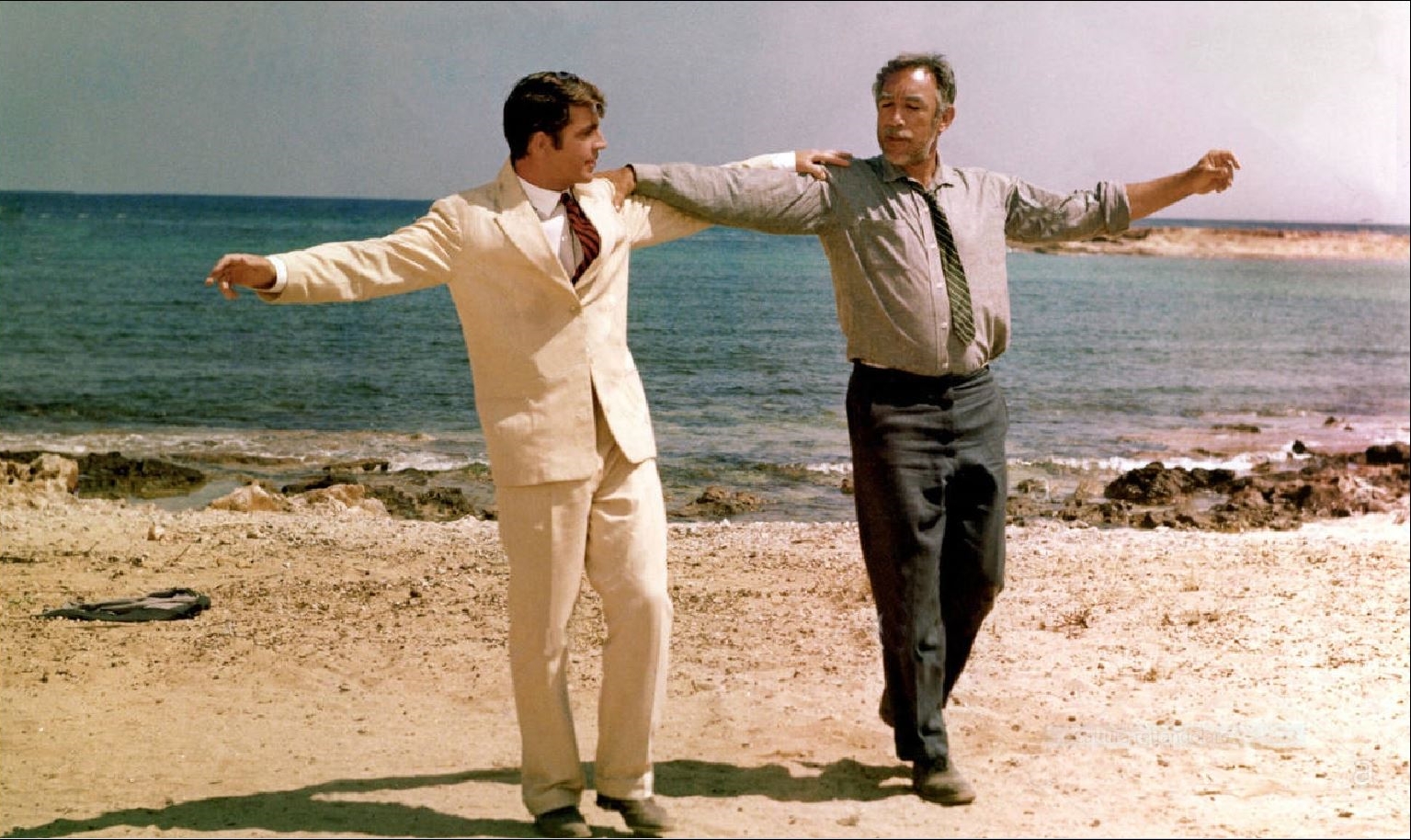 The first full-length Greek film was produced in 1914. The country`s major studio (Finos Film) was founded in 1943. The Greek film industry produced films that attracted growing audiences despite strict censorship, civil war unrest, and the acute poverty of the post-war years. The first two films, which attracted international attention, were “Stella” (1955), directed by Michael Kakoyannis and “The Ogre of Athens” (1956), directed by Nikos Koundouros. Between 1955 and 1970 Greece was making the highest number of films per capita in the world. For several years, the country produced around 100 feature films per year (peaking at 117 films in 1966). During the military dictatorship (1967-1974) the New Greek Cinema was formed, which, thematically, focused on Greek social issues and the shaping of Greek society and, aesthetically, it favoured forms influenced by experimental cinemas.

The most famous Greek director is Theo Angelopoulos (b. 1935). According to David Thomson (a leading film critic), he is one of the four greatest living film practitioners. His latest film “An Eternity and a Day” won the Palm d`Or prize, at the Cannes Festival in 1998, and his film “Ulysses Gaze” was, according to the “Time” magazine, one of the best films of 1995. His second film “The Travelling Players” (1975) is considered to be the best Greek film ever made and he has also won many awards in the three most important international film festivals (1971 and 1973 at Berlin, 1975, 1984 and 1995 at Cannes, 1980 and 1988 at Venice).

Angelopoulos has continued a tradition of important directors of the recent past: Michael Kakoyannis (two Oscars for “Zorba the Greek” in 1964), Alexis Damianos (Best Direction Award for “To the ship” in 1967).Kostas Ferris (Silver Bear Award at the Berlin Festival for “Rembetiko” in 1984), Tonia Marketaki (First Award at the Festival in Bastia, Corsica for “The Price of Love” 1984) and Nikos Panayotopoulos (awards for “The Idlers of the Fertile Valley”, in 1978) are some of the directors who belong to the New Greek Cinema (emerged during the military dictatorship 1967-1974).In recent years a new cinematic style of fast-paced, wittily scripted films that address contemporary issues has emerged. N. Perakis , P. Hoursoglou , S. Goritsas , A. Kokkinos , O. Malea , K. Yannaris would be mentioned among the directors.

he Greek Film Center was set up in 1970 as a profit-making subsidiary of the Greek Industrial and Development Bank. In 1986, a special department called “Hellas Film” was created to promote Greek films abroad. By 1988, the GFC was the only existing Greek film production company. Almost everybody among the young Greek filmmakers received funds from its co-production programme, and the enterprise still remains the main Greek producer of new films today. Funds are raised under the administration of the Ministry of Culture through a percentage of cinema tickets. Thessaloniki international Film Festival figures as the main annual cinema event in Greece and the annual State Cinema Award.