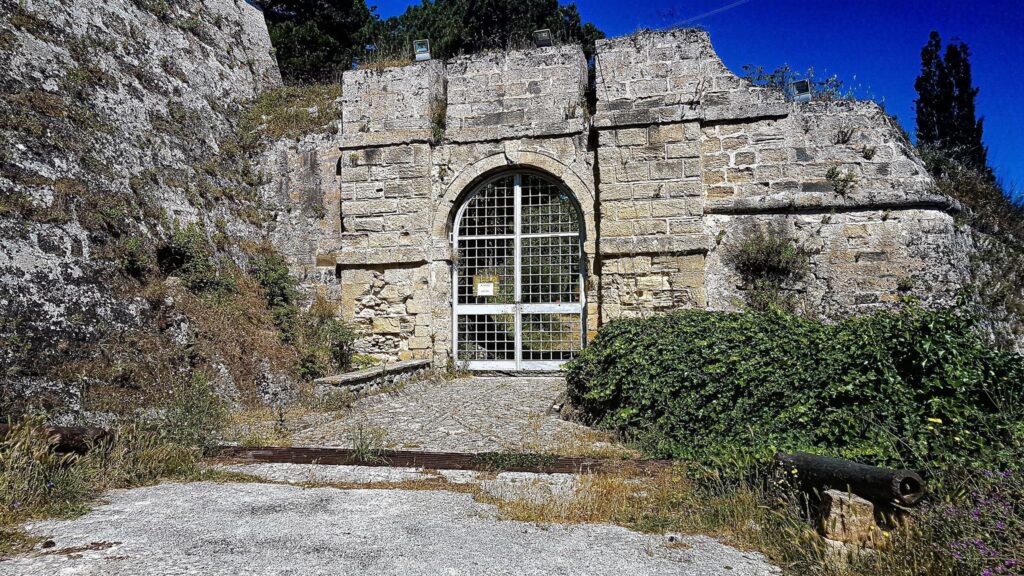 Bayezid II made further demands on the Venetian Republic in the following months which included Methoni and Koroni. These two strategic towns were often called the two eyes of the Republic as they acted as important early warning posts into the Ionian and then Adriatic Seas and also valuable ports of call for Venetian shipping or Venetian-bound shipping.

By July 1500, the Ottoman Turks had renewed their fleet at Napfaktos and Preveza and set off for Methoni. Their land forces also traveled through the Peloponnese towards the town. The Venetians had gathered their fleet at Zakynthos under their new admiral, Benedetto Pesaro. Unfortunately, the Venetian fleet was no match for their Ottoman foe and allies were not forthcoming at this time. Despite this they set sail towards Methoni to defend it.

From Zakynthos the Venetians recruited 50 Italian soldiers from the company of Jacomo da Novello, eight gunmen, 35 lightly infantry and 270 Zakynthian Stradioti. 60 more Italians soldiers, 60 Zakynthian Stradioti, 36 lightly armed spearmen and 65 Spanish soldiers were added. Consequently, the defence of the island was now severely depleted and the unarmed Zakynthian civilians were increasingly alarmed. So much so they threatened the provviditore, Nicolo Marcello because he had allowed the soldiers to leave the island to defend Methoni leaving only around 50 soldiers to guard the castle. Unsurprisingly, in July 1500 a small Ottoman party raided the island burning houses and carrying off many valuables. Many Zakynthians had fled once again to the mountains in anticipation of much larger raids. The provvidetore urged Benedetto Pesaro to send back some soldiers to defend the island but as far as we know to no avail.

On 24 July 1500, Kemal Reis and his Ottoman armada met the Venetians at Navarino again (often called the Second battle of Navarino/Sapienza) and defeated them once more. They then sailed towards Methoni to blockade it. It was badly provisioned by the Venetians and despite a desperate struggle by the defenders and the Venetians, it was surrendered on 10 August 1500. Fortunately, many of the civilians of Methoni had been evacuated to Zakynthos before the battle. Some of these included the De Francescis, Lefkohilos, Kapnisis, Komoutos, Koutouvalis, Minotos, Nomikos and Strouzas families. Some of these families remain prominent to our day. As for the rest, the Ottoman Turks showed no mercy and massacred the defenders that had survived their assault. Some were impaled, tied to flaying posts or left in the open to have their insides eat by dogs. Apparently, the fires from the burning town could be seen from Zakynthos – which would have further terrorised the islanders already fearing an imminent attack on their relatively undefended island.

Almost immediately, the Ottoman Turks traveled to nearby Koroni and demanded its surrender. Shortly after on 15 August 1500 it capitulated as well. Within a few days Pylos (Navarino) also fell. Tragically, in less than a week, Methoni and Koroni, the two eyes of the Republic, were lost. Napflion and Monemvassia were the only two Venetian possessions remaining in the Peloponnese. The road was open more than ever for the Ottoman Turks to move on the Venetian possessions in the Ionian Islands of Zakynthos and Corfu who were now inadequately defended.

However, one benefit to the Zakynthian economy was that Zakynthos and Corfu replaced Methoni and Koroni as stopping points for Venice-bound ships or ships heading from Venice towards Constantinople, Egypt and the Levant. These ports also became important as a layover for pilgrims travelling to the Holy Land. Regardless, the Venetian Doge Agostino Barbarigo desperately requested assistance from the Pope and the Catholic Monarchs to stem the Ottoman tide.

In September 1500, Kemal Reis and his naval forces assaulted Voiussa and in October he appeared at Cape Santa Maria on the Island of Lefkada, before ending the campaign and returning to Constantinople in November 1500.