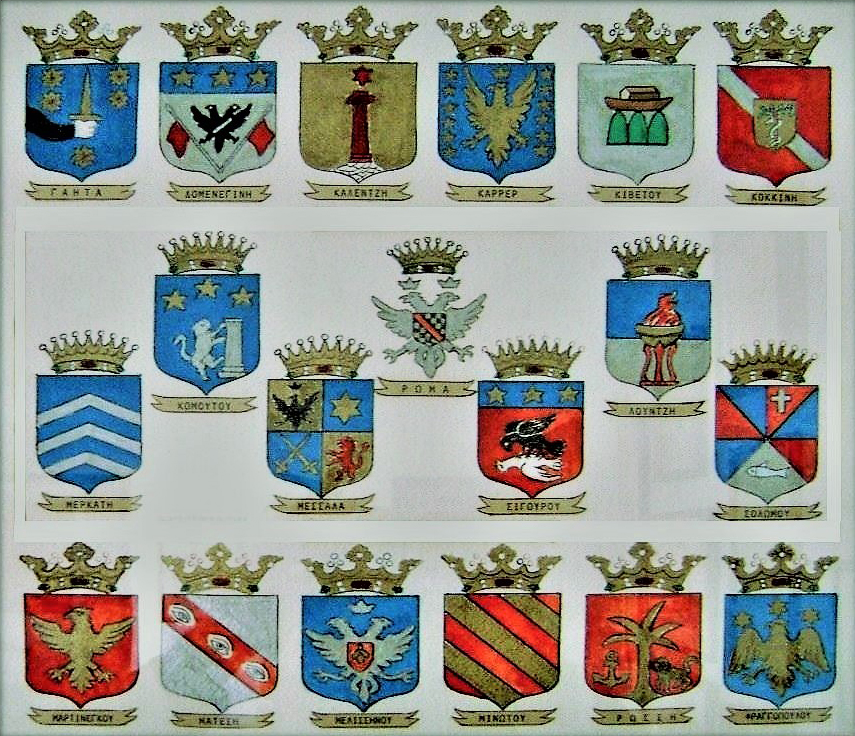 A second meeting between the Venetian admiral, Benedetto Pesaro and Venetian officers was held on 18 August 1500. Given the recognition of Zakynthos’s increased importance to Venetian trade, it was decided a new marina was to be built in Zakynthos town just below the fortified castle to provide further safe anchorage to the increased number of ships which were expected to visit the island. A separate company of soldiers was also established to guard the port.

The defense of the castle of Zakynthos was conducted by Alfonso da Fan with 80 Italian mercenaries, Moro Bianco with 106 Italian soldiers and Jacometto da Novello with the 27 of the 170 Italian mercenaries who survived the first siege of Kefalonia in late 1499. Additionally, in early September 55 soldiers who had been taken hostage by the Ottoman forces during the siege of Pylos found their way back to Zakynthos and joined the defence of the island. And another 50 soldiers from Zakynthos found their way back to the island after the fall of the Methoni and were transferred back to the island and into its defensive force. Despite these actions, the population of Zakynthos remained terrified and demanded from the Venetian admiral, Benefetto Pesaro and the provviditore, Nicolo Marcello permission for unarmed civilians to leave the island for Corfu, Dalmatia, Friuli or Apulia. To reassure the population, Benedetto Pesaro left a small armed fleet for the defense of the island and a caravel which could, if needed, transport the civilian population away from the island. Regardless, there is evidence of some Stradioti and their families fleeing the island and making their way to Apulia.

In the meantime, the absence of the Ottoman fleet in the Ionian and Aegean Seas towards the end of 1500 provided the Venetians the opportunity to raid islands in the eastern Aegean and all the way to the coast of Anatolia before they returned to port in Zakynthos. In response, to the Venetian calls for help against the Ottoman Turks, the Spanish and French monarchs agreed to send a fleet to Zakynthos under the command of Gonzalo Fernandez de Cordoba also known as Gran Capitan. The Spanish fleet anchored in Zakynthos for several days. While they waited, the Spanish sent five ships to sail around the western and south-western areas of the Peloponnese to collect information on the plans of the Ottoman forces. A Zakynthian soldier and spy, knowledgeable with the language, leaders and situation of the Peloponnese was placed on board each ship.

Although the Venetians had made plans to take back Methoni, they decided after discussions with the Spanish, to advance on Kefalonia again. And so, by early November 1500, the Spanish-Venetian armada commanded by Gonzalo de Córdoba was anchored in the Kefalonian port of Argostoli whilst the Ottoman guard were holed up in the Castle of St George. On November 8 the siege began. Despite fierce resistance by the defenders, on 24 December 1500, the combined Spanish–Venetian forces took the castle of St George on Kefalonia and the few remaining Ottoman guards eventually surrendered. The Spanish fleet returned to their base Sicily but the Venetian naval forces carried on and recovered Lefkada. These two victories temporarily halted the Ottoman offensive on eastern Venetian territories.

A company of Zakynthian Stradioti participated in the siege of Kefalonia under the command of Markos Sigouros. He had previously been recognised in previous Venetian battles. Markos Sigouros was one of the first to scale the walls of the Castle of St George; however, shortly after he was killed by an arrow to the heart. The Sigouros family was settled in Zakynthos during the rule of the Tocco family and embraced Orthodoxy; however, many of them had fled the island during the Ottoman raids of 1479. As a reward for Markos Sigouro’s faithful service to Venice, she duly rewarded the Sigouros family with a fief, the title of baron and the restitution of their property that was appropriated after 1479. They would become one of the most prominent families in Zakynthian history.

However, the Ottoman incursions in Dalmatia escalated to the point where Venice was forced to sign a treaty with Vladislaus II of Hungary and Pope Alexander VI by which they pledged 140,000 ducats a year for the Kingdom of Hungary to actively defend its southern Croatian territories. By the end of 1502, Venice and the Ottoman Empire agreed to an armistice. In early 1503 Ottoman raids reached Venetian territory in northern Italy and so Venice was forced to recognize their gains and so end the war. However, it did gain Kefalonia – which then went on to develop in parallel with Zakynthos – but had to hand back Lefkada. Venice was still obliged to pay 500 ducats annually to the Porte for Zakynthos.

Even with some respite in the fighting, the Zakynthians knew that the Ottoman raids would not cease. Jacomo Coltrin visited Zakynthos again on 15 February 1501 to inspect the works on the castle and elsewhere but these works were delayed because of a disagreement with the provviditore. A short while later, despite continued protestations by the Porte regarding the fortification of the castle of Zakynthos, the new provvidotore of Zakynthos, Piero Foscolo continued the works on the castle. On October 15, 1503, he announced to the Venetian Senate the completion of the works.