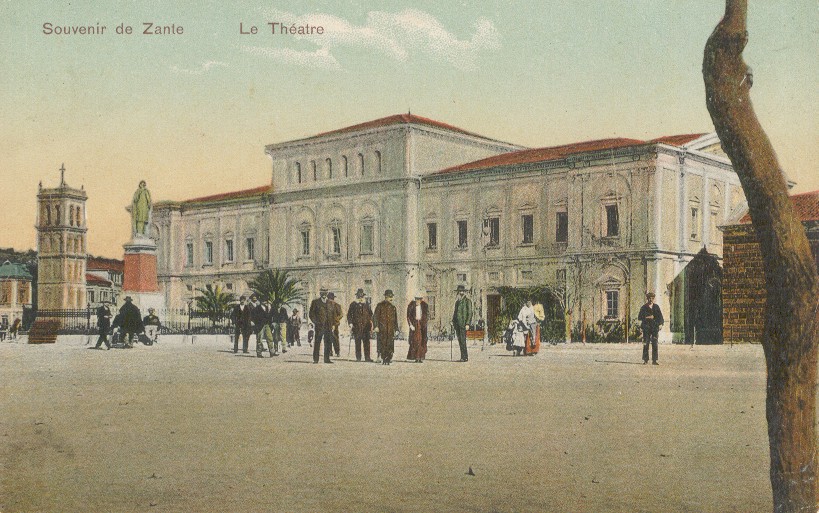 The First World War period was dominated by two parties on Zakynthos, the Romas and the Lomvardos party. The Romas party were elected as deputies for the Liberals led by Greek prime minister, Eleftherios Venizelos whereas the Lomvardos party for the Royalists. It was not unknown for key figures in the parties to change sides. Many of the elements of the National Schism were reflected in these two local parties. The clubs situated on the island played a key role as meeting points for these two political poles but there was also rallies, agitation and reports of general tension on the streets of Zakynthos town.

Due to the National Schism and the ongoing First World War, Anglo-French forces fortified the Ionian Islands from 1915 in support of Eleftherios Venizelos and Entente. A French naval squadron landed 600 men on Zakynthos in late 1915 and also another 280 Senegalese (a French colony of the time) in early 1917. A French flag was flown over the Castle. In mid-1917, the French Senegalese soldiers departed and the French flag was lowered from the Castle.