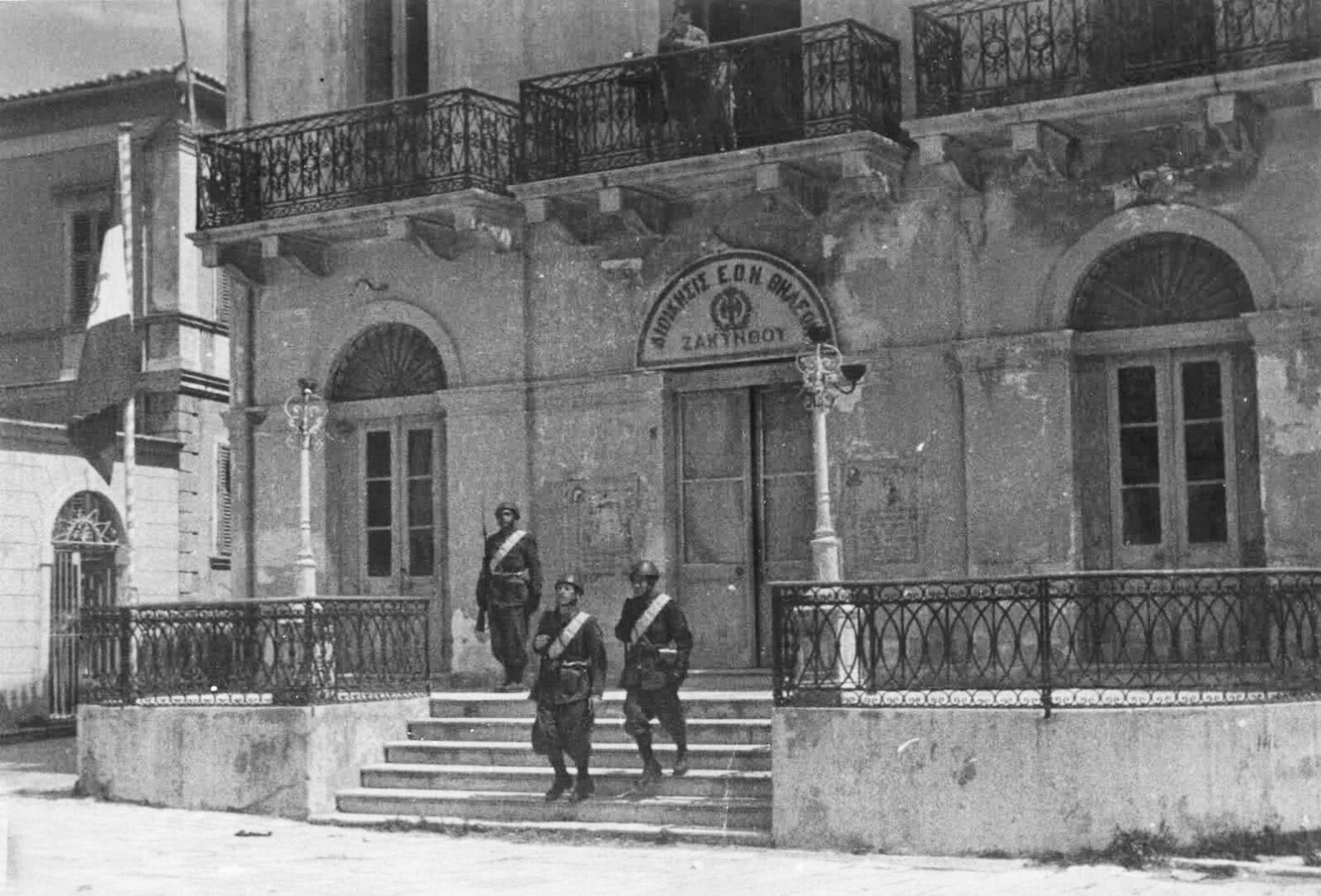 Mussolini-led Italy invaded Greece in October 1940 but the invasion was halted after the Greek army pushed the Italians back into Northern Epirus and some of Albania. This forced the allies of Fascist Italy, the Germans, to come to the aid of Italy. The combined forces engaged the Greek forces in April 1941, and by the middle of May, Greece was occupied by Nazi Germany. Germany occupied and administered important cities such as Athens and Thessaloniki, the Bulgarians controlled the north-eastern portion of the country, while Italy controlled the majority of the Peloponnese and the Ionian Islands.

The invasion and control of Corfu and the Ionian Islands, was part of Mussolini’s strategy to resurrect the Roman Empire. Consequently, the Italians ruled the Ionian Islands as a separate entity from the rest of Greece with the aim of formal annexation after the war. The Italians began to implement political, social, economic, educational and cultural measures to de-Hellenise the islands. For example, the Italian political authorities forbade all communication with mainland Greece, introduced the compulsory learning of the Italian language and limited the teaching of Greek history. Additionally, the economies of the islands were re-orientated towards Italy including a new currency, tax system and application of Italian law. Concentration camps were also established in Paxos and Othoni.

The whole administration of the Ionian Islands was set up by the Central Civil Affairs Office based in Corfu with a vice governor on each island including Zakynthos with authority to issue decrees about administrative matters. The head of the Office belonged directly to the Italian Ministry of Foreign Affairs. However, very few of the proposals were implemented as the Germans were concerned of further alienating the Greek population which was already strongly opposing the Bulgarian annexations in the north-east.

On the 14 Sept 1943, after fascism fell in Italy, the Italians surrendered and the Germans took control of the Ionian islands. The German occupation of Zakynthos lasted almost 12 months with the population suffering many depredations. As the British Marines moved in to drive out the Germans, Zakynthos was liberated on 12 Sept, 1944