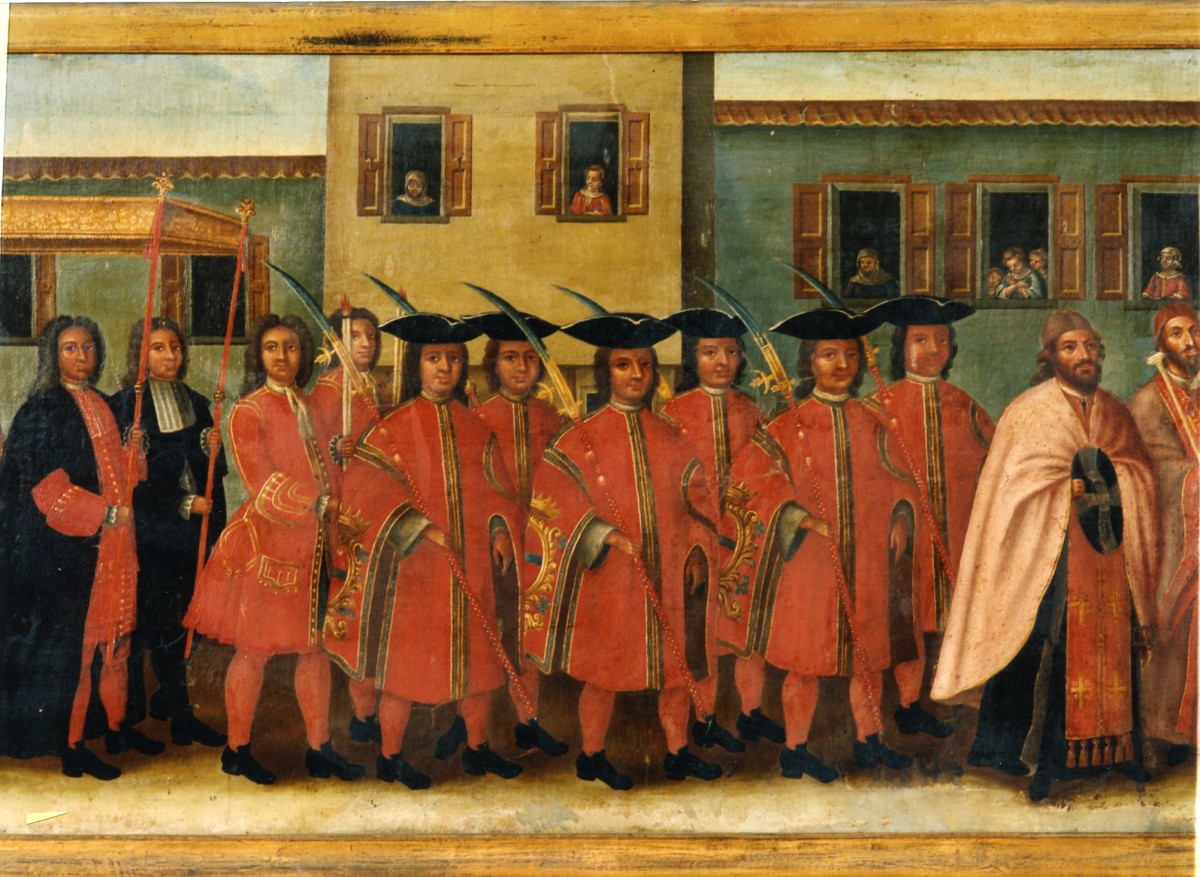 Venetian rule was anything but peaceful during the period of the occupation. The societal changes and inequalities that developed between the various classes of Zakynthian society: Cittadini or Civili (bourgoise citizens), Popolari (urban lower classes) and the Villani (people of the countryside) resulted in the so-called Rebellion of the Popolari which broke in 1628 and lasted for 4 years.

After the Turkish raids of 1479 and the general neglect of the Tocco family rule, Zakynthos and Cephalonia were underpopulated by the time they became part of the Venetian Republic. Consequently, there was no feudal structures or jurisdictions on both islands. Over time, a steady wave of settlers of Stradioti and refugees arrived and mixed with the relatively small number indigenous inhabitants of the island. The confluence of these factors created a very unusual property situation for the time, characterised by many small and free landowners, which would also be dramatically affected by the currant boom. In addition, the structure of Venetian rule was heavily dependent on local Zakynthians. Given there was no feudal nobility, the Cittadini, members of the local council had political rights and participated in local administration alongside the Venetian Reggimento, had considerable influence. The Popolari had very few political rights. However, in the early years of Venetian rule there was considerable mobility between the Popolari and Cittadini. Gradually, over the course of time the Cittadini attempted to stifle the entry of Popolari into the local governance structures by attempting to close the communal council by adopting the institution of the Small Council of 150 and also by cleaning up the General Council. With the influx of cash from the boom in currant production and trade, discontent increased among some of the newly wealthy Popolari who in turn sought arouse some of the lower strata of the population to rebel.

The situation remained at a stalemate until May 1628. Then the Popolari decided to elect four Procuratori as their representatives and one Avvocato of the people. They also elected four ambassadors to go to Venice to plead directly to the Senate. The Rettore accepted these elections to keep the peace. The following August, the Capitano dell’Armata, Antonio Civran brought matters to a head by demanding that everyone sign up on the new rosters. No one did. He arrested the four Procuratori. The population rose up in arms, the flag of St Mark was insulted, Cittadini homes were threatened with fire and the galley of the Capitano was shot at. Calm was brought about by intermediation by the local Orthodox clergy, high ranking Venetians and even the English merchants stationed in Zakynthos. For the next three years the Procuratori were made part of the council, but in June 1631 the Inquisitore Antonio Pisani arrived and started a trial that lasted until February 1632. The sentences for the rebels was extremely severe but a few years later there was a general pardon.

By and large, the rich Popolari did not want to overthrow Venetian rule as is commonly thought. Neither did they want to abolish the social hierarchy. Their demands were simply so they could rise within the social hierarchy. Ultimately, they were not successful. In 1683, marked the strict closure of the Communal Council by restricting its membership to 93 families and took on the unofficial title of Nobles. However, the Popolari were to get their revenge a little more than 100 years later.