St. Markos square used to be the most important center for the social life of the Zakynthians. Big names of remarkable litterateus chose this square to meet and exchange their opinions. Many historical decisions for the political evolution of the island were taken in this Square. In 1797 the Popolari burned there the Libro D Oro of the nobles. The Tree of Freedom in the centre of the Square represents the release from the Venetians and the welcoming of the French republicans.

In St. Markos Square is also found the Catholic Churh of St.Markos, founded in 1518.
The catholic church of St.Markos was founded in the beginning of the16th century as a chapel of the monastery of the Franciscan monks. Later on it served as a Cathedral for the Latin Bishopric of Zakynthos and Kefalonia. Today this bishopric has been negated and the Church operates only during the summertime.
Its initial form was remarkably imposing and its internal decoration very precious, but only a few from its exhibits were saved. After the earthquake the church was built is a smaller size. St.Markos Church is the only catholic church in Zakynthos

In St.Markos Square used to be also the famous Casino, a very important place where the politicians used to meet, which however with the earthquakes 1953 was destroyed After the earthquake, in this place, the "Solomos & Kalvos Museum" was built, and is also the most important building of square. 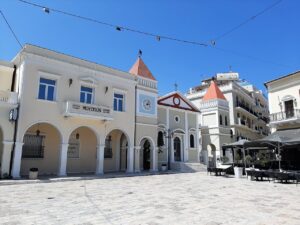 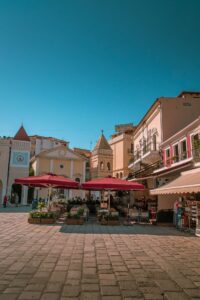 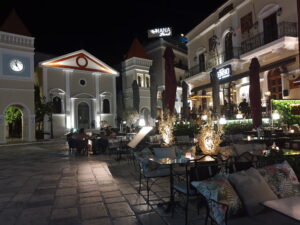 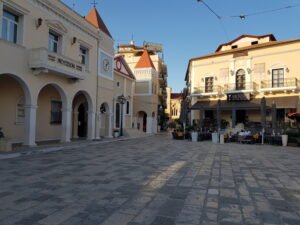 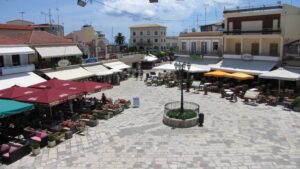