In the northern side of the island, in the Eastern coast of cape Skinari, in the area of Aspros Vrahos, the Blue Caves of Volimes are located. The intense light blue colour of the waters that takes anything is sunk in, gave this name to the caves.
The Largest of all is the Kyanon Spilaio.

The best time to visit the Blue Caves is during the morning hours as the reflections that are created that hour in the walls from the intense light make the seabed take various colours. 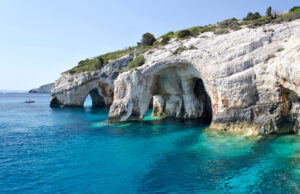 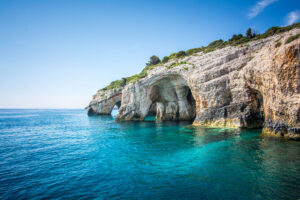 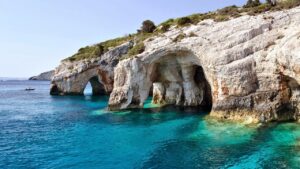 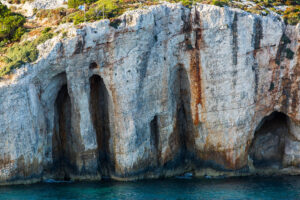 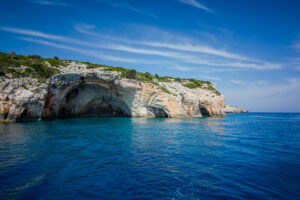 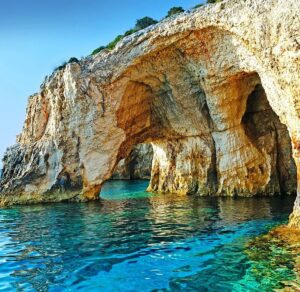 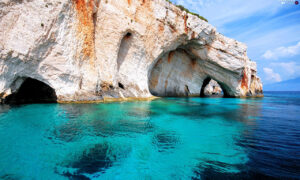 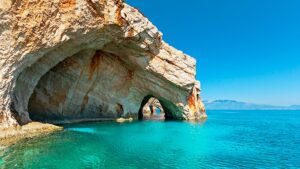 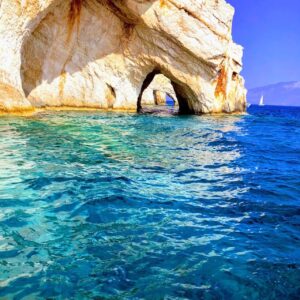 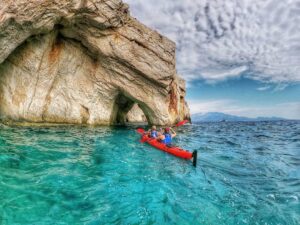 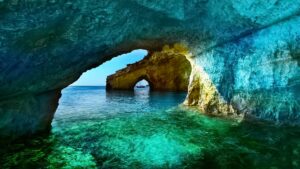 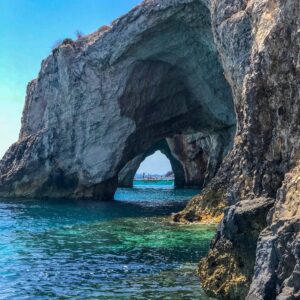 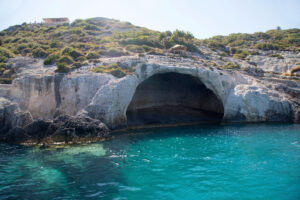 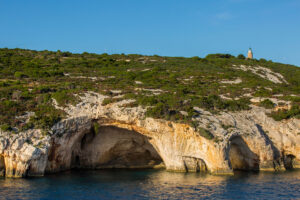 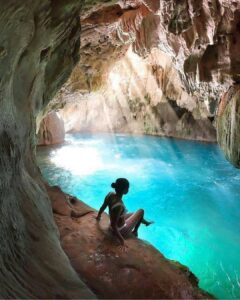 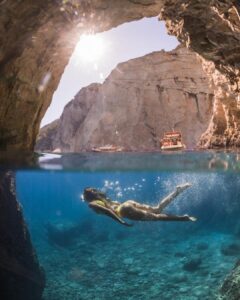 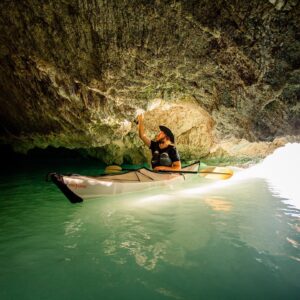 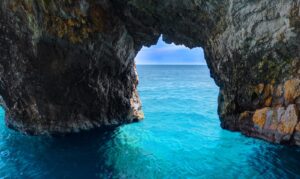 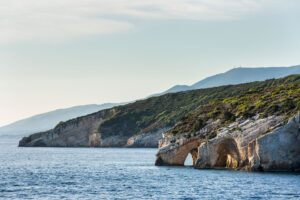 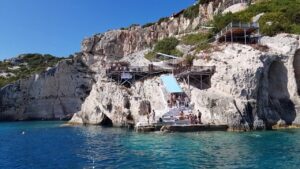 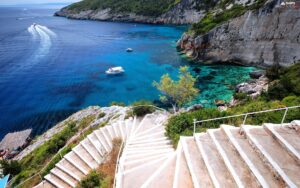