Dionisios Solomos Square is the central and bigger square in the city and there take place several religious and cultural events & celebrations. Here stands out the statue of our National poet, Dionisios Solomos, nowadays a copy of the original statue, work of the Athenian sculptor Georgios Vroutos.

The square is found in the end of the central port dock and its current form (paving) is post-earthquake. In this area, in the old times, used to be water (sea) , but durng the works for the extension of the city, the area was casted.

In the old times the Square was also called "Port Square" because it was formes by the casting of the area. Around the Square we admire several remarkable buildings which still follow their pre-earthquake form, as well as the church of Saint Nikolaos of the Port.
On the left, stands the Town Hall of Zakynthos Zante and in the south the statue of Ugo Foskolo. More statues in the Square, are those of Pavlos Karer ans the Staue of Freedom. 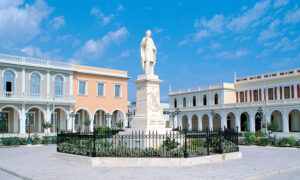 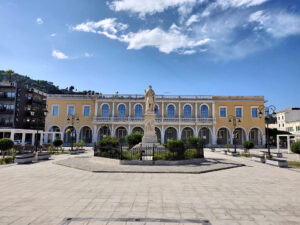 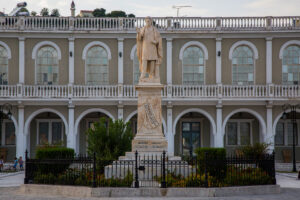 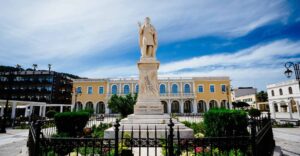 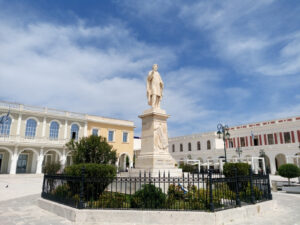 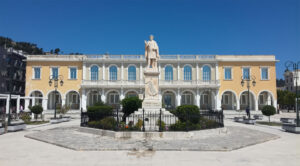 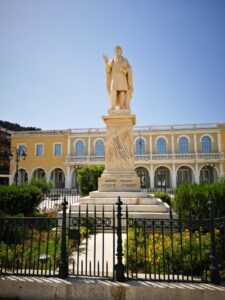 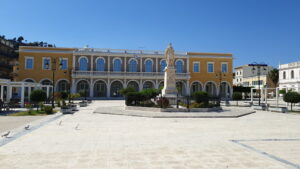 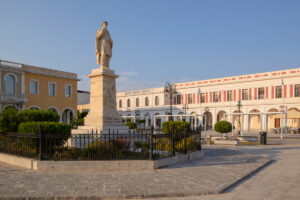 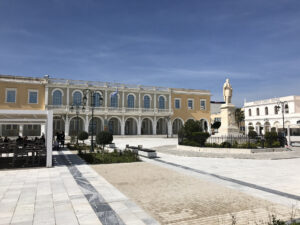 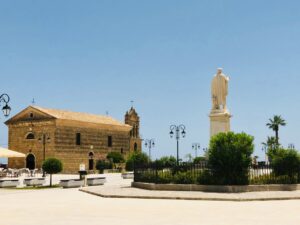 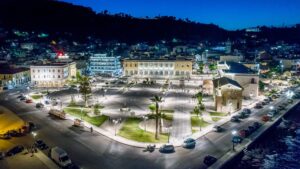 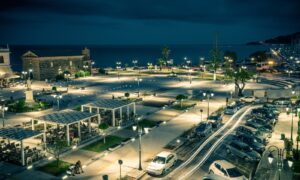 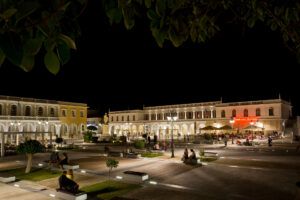 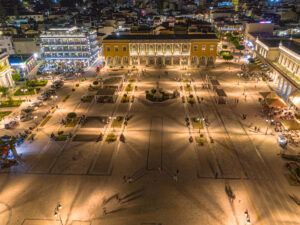 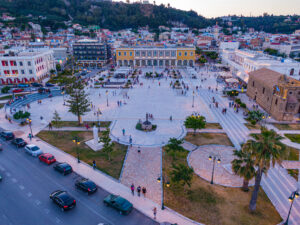 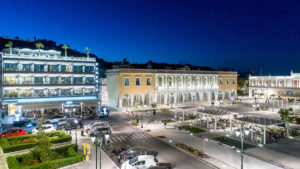 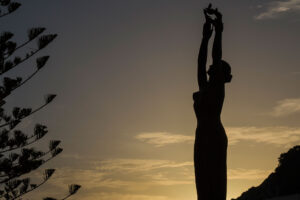 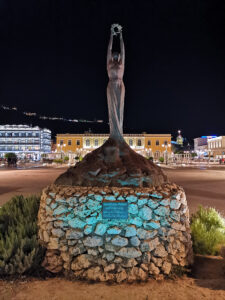 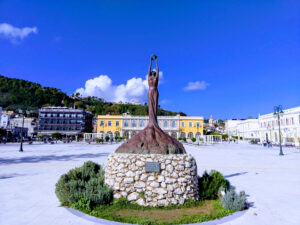 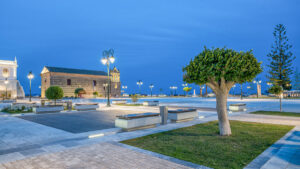 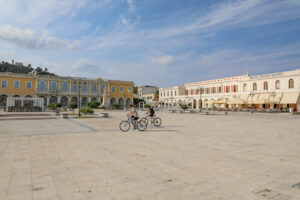 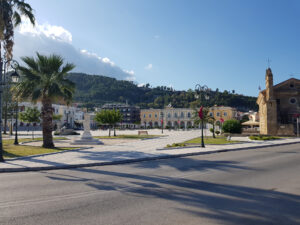 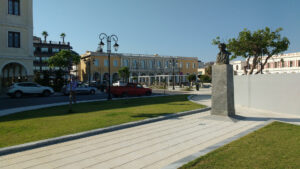